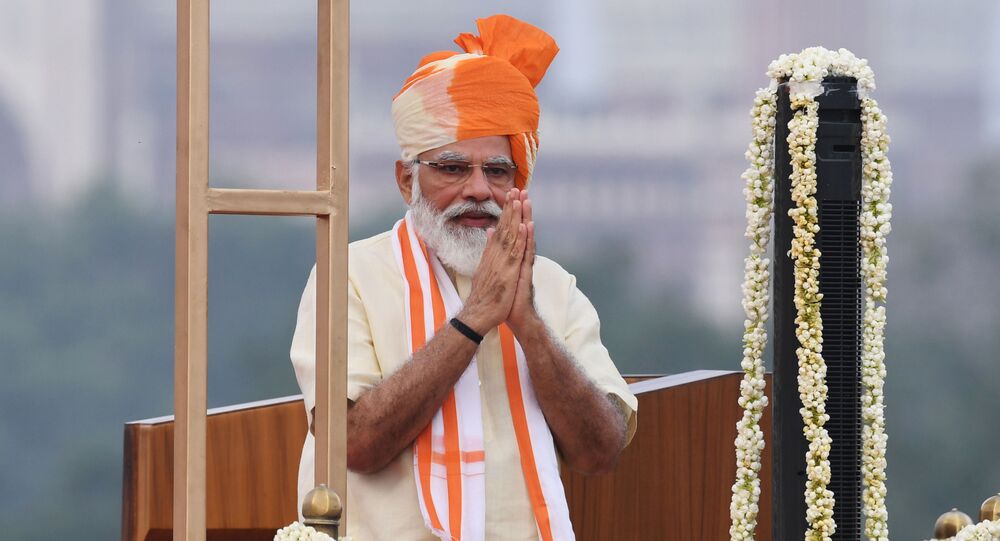 Love him or hate him, one can’t ignore him: every time Indian Prime Minister Narendra Modi addresses the nation, from his “bhakts (followers)” to his critics, everyone is glued to the screen and closely listens to everything he says.

Indian Prime Minister Narendra Modi, who is known to make a grand event out of even small developments, turned 70 on Thursday. On this occasion, he is releasing a collection titled 'Letters To Mother' referring to his 'ambitions and anxieties'. While this is all sweet, the “birthday boy’s” special day wouldn't be complete without a look back at his top gaffes, which triggered lots of laughs on social media.

Mispronouncing the US President’s Name

US President Donald Trump’s visit to India earlier this year grabbed headlines worldwide. The address by the two world leaders in Ahmadabad was nothing less than hilarious. While Trump found difficulty in pronouncing Hindi words, Modi triggered a meme-fest when he mispronounced POTUS' name as “Dolaand” Trump, which sounds similar to the Hindi word for penis.

Back in 2015, when then-US President Barack Obama visited India, Modi managed to steal the spotlight during their meeting with his blue pinstriped suit which was embroidered with his own name, over and over again. The $16,000 suit was seen as a style statement by some, but his critics did not shy away from calling him a “self-obsessed and narcissist”.

​History is Not His Strong Point

Earlier, Modi, while highlighting Bihar’s relevance in India’s history and mythology during a political rally, said, “When we remember the era of higher learning, Nalanda and Taxila come to mind”.. While Nalanda was established in present-day Bihar, Taxila is a thousand miles away, in Pakistan.

In another awkward moment, Modi during his 2015 Russia visit walked on while India’s national anthem was playing in the background. Russian soldiers were giving the guard of honour in attention while PM walked away. Somebody realised the mistake and ran away to stop him. He went back and stood in attention until the anthem was over.

Why didn't they stop playing national anthem when PM was walking around? #TraitorRussians pic.twitter.com/gQddejj9Br

Mispronouncing Name of His Pal

The most recent 'oops' moment for Modi was when he mispronounced the name of a member of his own party. During the foundation ceremony of the historic Ram Temple in Ayodhya recently, Modi called Uttar Pradesh's state chief Aditya Yoginath during the address - his name is Yogi Aditynath.

When you love your homie with all your heart and he mispronounces your name as 'Aditya Yoginath' in front of whole nation pic.twitter.com/Equ0L5Zqoz