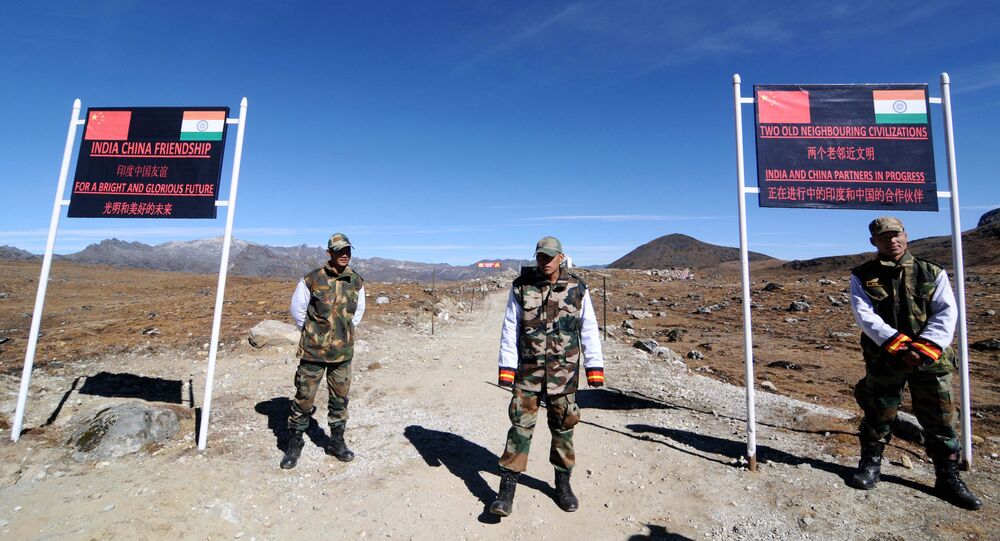 $400 Billion Deal Between Iran-China Does Not Impact Our Ties with Tehran: Indian Foreign Minister

Murmurs of a potential $400 billion trade and military deal between Beijing and Tehran have reached New Delhi. As China and India continue to have estranged relations, Beijing’s growing influence in the strategically-important Iran is being seen as a matter of concern by the Indian opposition.

India has cleared the air around speculation regarding the possible negative impact of a strategic partnership between Iran and China and has stated that its relations with Tehran “stand on their own footing and are independent of its relations with third countries”.

"India and Iran have historical ties and close civilizational links. Our relations with Iran stand on their own footing and are independent of its relations with third countries. India accords highest priority to our relations with countries in the West Asia and has extensive ties in the fields of culture, education, trade and investments."

As per the media reports, the 18-page document on multi-billion dollar Chinese investments in Iran and agreement on cooperation in security, intelligence sharing, and joint military drills are raising concerns for India, considering its investment in the country.

India’s External Affairs Minister S Jaishankar and Defence Minister Rajnath Singh visited Iran earlier this month, but the purpose of the visit has not been revealed by New Delhi. Foreign ministry sources told Sputnik that the ministers discussed the details of Chinese investment and future prospects of India’s infrastructure plan in Iran, including Chabahar port.

© Photo : International Railway Journal/screenshot
New Delhi Dodges Claims Iran Dropped India From the Chabahar Rail Project
In July, there were reports that ties between the two countries have hit a low, as Iran began the Chabahar-Zahedan Railway Line project without India’s assistance due to a delay in funds. However, the reports were rubbished by both sides.

The 628km railway project holds strategic importance for India, as it will become a trade route between India and Pakistan while bypassing Pakistan. Part of New Delhi’s commitment to the trilateral agreement between India, Iran and Afghanistan, the project aims at boosting regional maritime transit traffic to Central Asia.