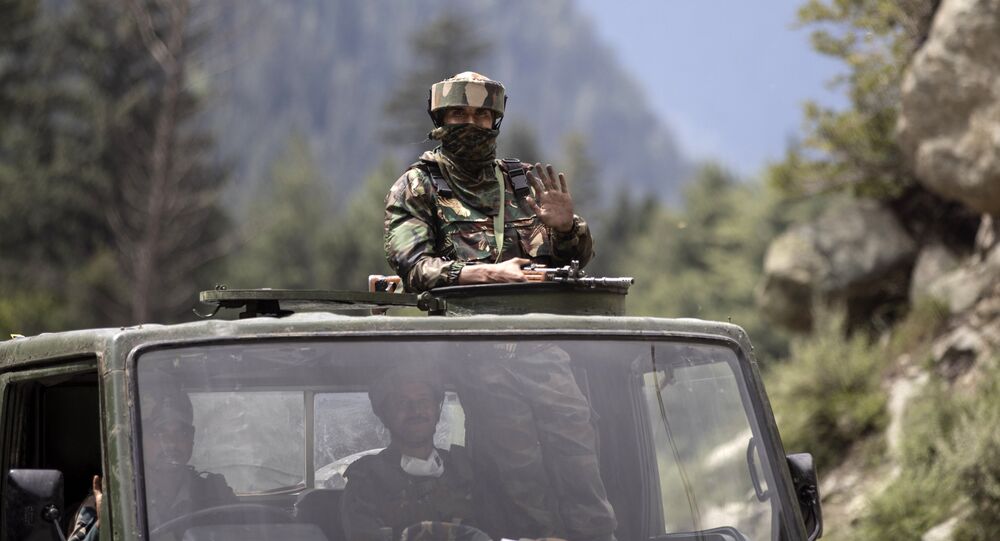 India and China have been engaged in a border stand-off for five months, but despite several military and diplomatic-level talks, the tensions are boiling over in the Eastern Ladakh sector along the Line of Actual Control. Meetings between the defence and foreign ministers of the two countries have not resulted in disengagement.

The border issue of India and China remains unresolved and so far, there has been no mutually acceptable solution, said Indian Defence Minister Rajnath Singh in the lower house of the parliament on Tuesday.

He reiterated that both sides have agreed to maintain peace and tranquillity along the border areas and that this is essential for bilateral ties.

Apprising the legislature of the situation along the Line of Actual Control, the minister said: "As of now, the Chinese side has mobilised a large number of troops and ammunition in the LAC and interior areas. East Ladakh and Gogra, Kongka La and Pangong Lake have several friction areas on North and South Banks. In response to China's action, our armed forces have also made appropriate counter deployments in these areas so that India's security interests are fully protected".

He underscored that "China does not accept the customary and traditional alignment of the boundary", while India believes that "alignment is based on well-established geographical principles confirmed by treaties and agreements, as well as historical usage and practice, well-known for centuries to both sides".

© CC0
India Takes Baby Steps to Counter One China Policy As Tensions Simmer Along the Border: Analysts
While India has previously refuted claims of changes in the status quo, the minister said that China continues to be in illegal occupation of approximately 38,000 sq. km in Ladakh.

Meanwhile, Beijing has called on New Delhi to make concrete efforts to improve the situation on the ground and ensured that the two countries would remain in touch through diplomatic and military channels.

The defence ministers and foreign affairs ministers of both countries met in Moscow earlier this month and agreed to have a peaceful settlement. In the long-running stand-off, the two Asian giants have engaged in skirmishes and a violent face-off that killed 20 Indian soldiers.