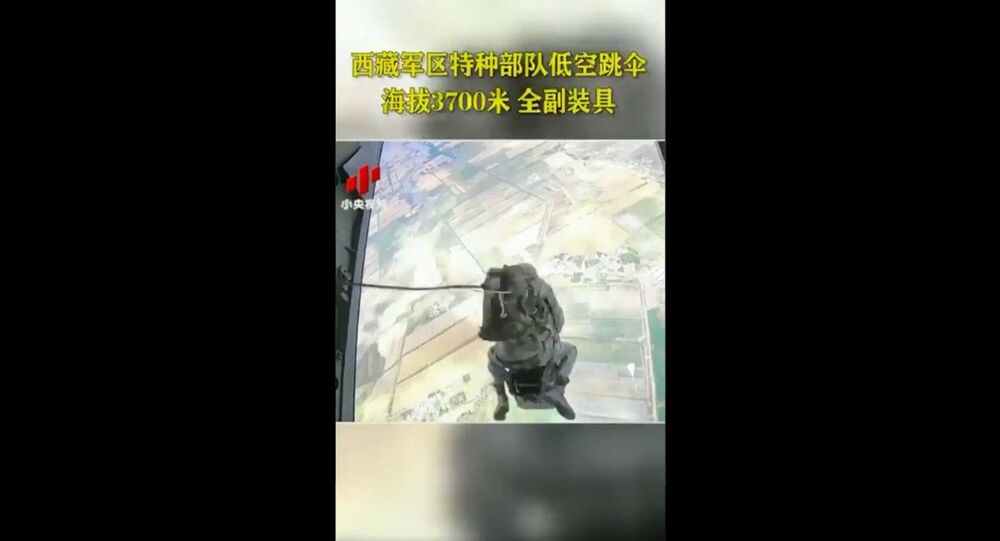 Against the backdrop of the pandemic, India and China have engaged in a bitter border stand-off along the Line of Actual Control (LAC) for the last five months. While the troops are on guard at the LAC, citizens of the two Asian giants have regularly been engaging in a war of words on Twitter.

According to the tweet, the Chinese Tibet Military Command's troops conducted a 1,000-meter low-altitude parachute descent along with a military aviation brigade in the first drill of its kind; it was held at an altitude of 3,700 meters.

​Reacting to the video, Indian netizens called out the “fear” that was supposedly visible on the faces of the Chinese troops. Here’s is what they had to write.

Fear is visible on face

Why PLA is using ill trained, demoralised and impoverished Chinese youngsters against battle hardned, moticated and highly trained Indian Army. Then PLA just ignore these poor conscripts after thrashing from Indians. What a Shame.😥

​In recent days, Global Times has put several videos of Chinese army personnel practising daredevil stunts in Tibet. More often than not, the videos have been subjected to mockery and ridicule from many Indians.

A total of 20 Indian soldiers were killed in brutal hand-to-hand combat at night on 15-16 June, after which the border woes between the nations worsened. The leaders of the two countries are engaged in talks to de-escalate the tensions.

Indian Defence Minister Rajnath Singh on Tuesday revealed that the border issue remains unresolved, as no mutually acceptable solution has been reached yet.

"As of now, the Chinese side has mobilised a large number of troops and ammunition in the LAC and interior areas. East Ladakh and Gogra, Kongka La and Pangong Lake have several friction areas on the North and South Banks. In response to China's action, our armed forces have also made appropriate counter-deployments in these areas so that India's security interests are fully protected", the Indian  Defence Minister said.