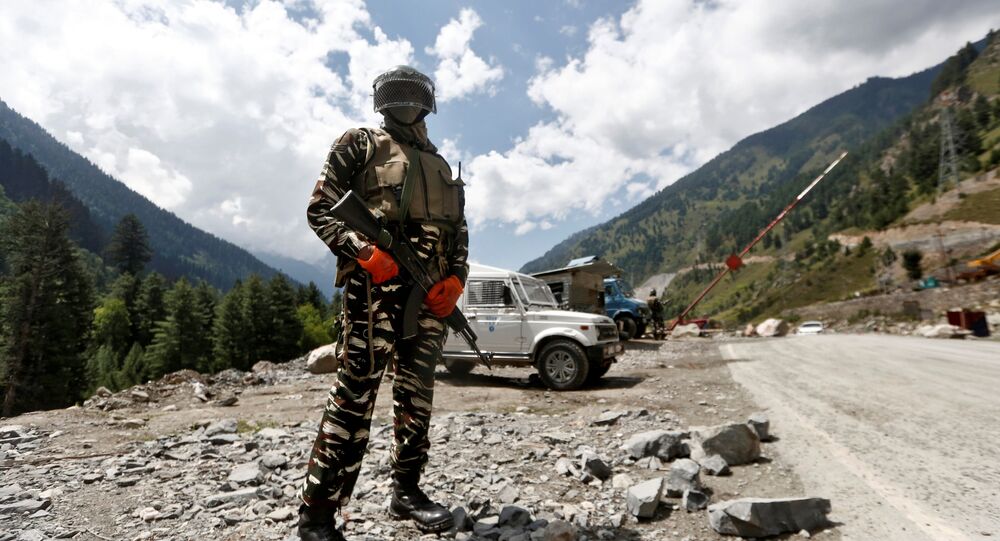 Security agencies in India have been placed on high alert after obtaining intelligence regarding a possible terror attack in Kashmir. Indian forces have been on their toes and busted several terrorist hideouts, even neutralising improvised explosive devices (IED) across the valley in recent days.

Jammu and Kashmir (J&K) police on Tuesday claimed to have busted a Hizb-ul-Mujahideen module with the arrest of three terrorists in India's Ganderbal district in Kashmir.

According to the Jammu and Kashmir police, the arrest was made after specific information regarding a module comprised of three youths identified as Arshid Ahmad Khan, Majid Rasool Rather, and Mohd Asif Najar, who had come in contact with Pakistan-based Kashmiri terrorist Fayaz Khan, was received.

“A joint team of Jammu and Kashmir police and five Rashtriya Rifles, a branch of the Indian Army, launched an operation during the intervening night of 14/15 September and arrested all three local terrorists”, Khalil Ahmad Poswal, a senior police official in the Ganderbal district, said during a media briefing on Tuesday.

The officer added that incriminating electronic gadgets were recovered from the trio. During the questioning, they disclosed the possession of three hand grenades, which were eventually recovered as well.

“Further interrogation revealed that the module was instructed by their Pakistan handler to join terrorism and undertake attacks on security forces in the area. A case under relevant sections of the law has been registered against them”, the officer said.

Senior Superintendent of Police (SSP) Ganderbal Khalil Ahmad Poswal revealed that gullible youth in the valley are being pushed to terrorism by operatives from across the border through various social media platforms and parents remain unaware about such activities of their children.

“We are taking all steps to identify and counsel such vulnerable youth. However, it is the primary responsibility of parents also to be sensitised about such modus operandi being adopted by anti-national elements and keep a close watch over the activities of their wards to save them from falling prey to Pakistan based operatives”, Poswal said.

In a separate operation, two terrorist associates of the proscribed outfit Al-Badr were arrested in Kashmir’s Awantipora on Tuesday. The two were detained with INR 600,000 ($8,150) in terror funding, while incriminating materials were seized from their possession.

Jammu and Kashmir has been witnessing sporadic incidents of gunfire between terrorists and security forces since April this year. According to official data, there have been around 100 terror attacks in the valley so far this year, in which 44 security personnel and 21 civilians have been killed. Security agencies have managed to kill over 175 terrorists in the same period of time.