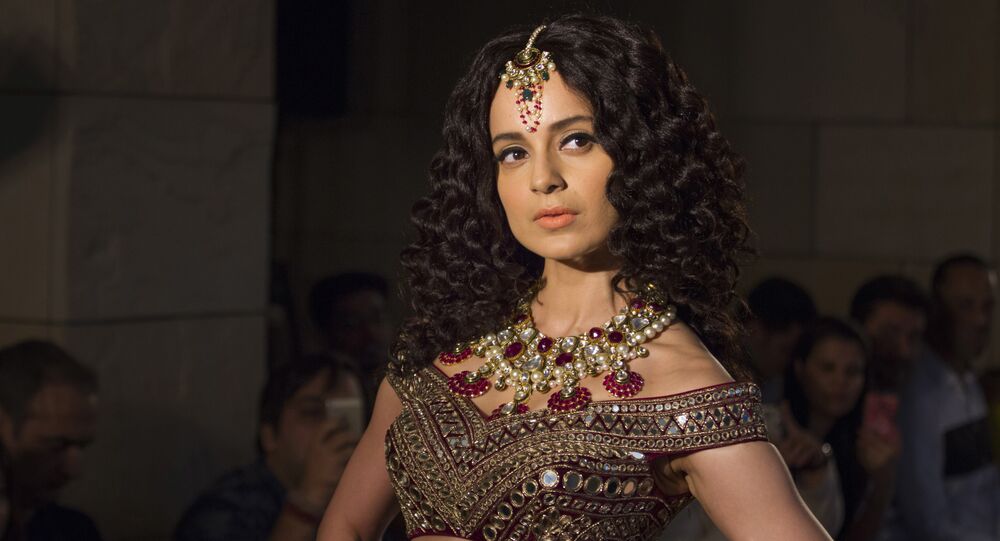 Veteran actress-turned-politician Jaya Bachchan obliquely criticised actress Kangana Ranaut and BJP parliamentarian Ravi Kishan for what she believes are their continuous efforts to defame the film industry. Before becoming a parliamentarian, Jaya was a noted actress and she is married to megastar Amitabh Bachchan.

Veteran actress and parliamentarian Jaya Bachchan has weighed in on a raging controversy over the death of late Bollywood actor Sushant Singh Rajput and actress Kangana Ranaut’s contention that Bollywood is a “gutter”.

She also blasted BJP parliamentarian Ravi Kishan, a noted Bhojpuri and Hindi film actor, for his statement on Monday.

Addressing the upper house of the Parliament on Tuesday, Jaya said, “People in the entertainment industry are being flogged by social media. People who made their names in the industry have called it a gutter. I completely disagree. I hope that the government tells such people not to use this kind of language.”

Just because there are some people, you can't tarnish the image of the entire industry. I am ashamed that yesterday one of our members in Lok Sabha, who is from the film industry, spoke against it. It is a shame: Samajwadi Party MP Jaya Bachchan in Rajya Sabha https://t.co/cSvxi5dioc

​Kangana, in a terse reply, asked Jaya on social media how she'd respond if her daughter Shweta or her son Abhishek were drugged or bullied.

​Kangana sparked off a controversy by calling the film industry a ‘gutter’ and alleged that 99% of superstars in high profile parties and inner circle have taken drugs at some point in their life.

On Monday, BJP politician Ravi Kishan raised concerns regarding what he called the rising “drug addiction in the film industry” and appealed to the government to "take strict action against the culprits.”

He alleged that “smuggling of drugs from Pakistan and China is done every year...it is brought via Punjab and Nepal… (A) Conspiracy is being hatched to destroy (the) country's youth, our neighbouring countries are contributing.”

Drug addiction is in film industry too. Several people have been apprehended, NCB is doing very good work. I urge central govt to take strict action, apprehend the culprits soon, give them befitting punishment & bring an end to conspiracy of neighbouring countries: Ravi Kishan https://t.co/5oUiQLxiHu

​Taking a dig at him, Jaya said she was surprised to see a member of the film industry speaking against it.

“Just because there are some people, you can't tarnish the image of the entire industry. I am ashamed that yesterday one of our members in Lok Sabha (the lower house of parliament), who is from the film industry, spoke against it. It is a shame,” Jaya stated.

She went on to remind the parliament that the entertainment industry always steps forward to support the government and whatever good work it takes up. The industry needs the protection and support of the government. “They support the country. If there is a natural calamity, they donate money and also offer their services. The industry brings international fame.”

While some celebrities came forward to support Bachchan, many have reproached her for her remark.

For we have always stood by the initiatives, causes and awareness campaigns. It’s time for payback. Hitting the nail on its head and how ! 👏🏼 yet again a woman from the industry spoke up 🙏🏼 #Respect https://t.co/CVz1cTlCNw

​Mrs #JayaBachchan is a ROCKSTAR! 💪 An industry that has ALWAYS stood by the government (irrespective of which party was in power) to support its public welfare initiatives deserves more respect. A few rotten apples don’t represent the industry. Don’t generalise.

​Mrs. #JayaBachchan is trying to defend Bollywood’s dirty and dark secrets in the most shameless manner. Nobody has ever questioned Bollywood’s talent, we are questioning the drug mafia and all those who destroy young people using their money and power. I support @ravikishann Ji.

​With due respect to #JayaBachchan ji, We disagree with her views in #RajyaSabha on @ravikishann & @KanganaTeam

Nobody is trying to defame #Bollywood but clean it from drugs, dope test is must in football, it doesn't mean defaming