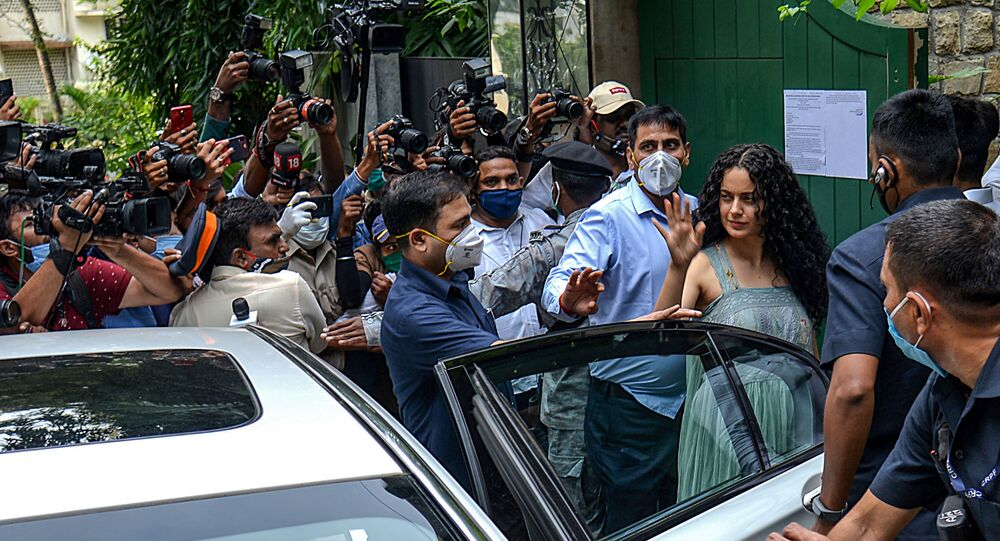 Bollywood actress Kangana Ranaut returns to her hometown Manali on Monday after a five-day stay in Mumbai amid her rising political feud with Maharashtra State’s ruling party Shiv Sena. The actress slammed the government and tweeted that her “analogy about Pakistan-Occupied Kashmir was bang on”.

Bollywood actress Kangana Ranaut, on Monday, lashed out at the Maharashtra government, saying that she felt terrorised all these days following constant attacks, abuse, and attempts to demolish her house as well as workplace in Mumbai.

Before boarding the flight to Chandigarh, Kangana Ranaut spilled her anguish on Twitter, saying that she is leaving Mumbai with a heavy heart. This time around, surrounded by heavily armed security personnel, she claimed: “my analogy about POK was bang on.”

With a heavy heart leaving Mumbai, the way I was terrorised all these days constant attacks and abuses hurled at me attempts to break my house after my work place, alert security with lethal weapons around me, must say my analogy about POK was bang on. https://t.co/VXYUNM1UDF

The actor was provided with Y-Plus security by the Narendra Modi government; she had received threats to her life because she compared Mumbai to Pakistan-Administered Kashmir and the Taliban. Her relation with Maharashtra’s ruling party started to sour after Kangana questioned the state machinery in probing the death of actor Sushant Singh Rajput, who is said to have committed suicide in mid-June.

Comparing present-day Mumbai with years past, when she had arrived in Maharshtra city with the hopes of becoming an actress, Kangana said: “There was a time when I saw Mumbai as my mother's protective lap, today I just feel grateful that I survived the city.”

​On 13 September, Kangana and her sister Rangoli met Maharashtra Governor Bhagat Singh Koshyari at Raj Bhavan. Following the meeting, Kangana tweeted, “I explained my point of view to him and also requested that justice be given to me, it will restore faith of common citizen and particularly daughters in the system."

A short while ago I met His Excellency the Governor of Maharashtra Shri Bhagat Singh Koshyari Ji. I explained my point of view to him and also requested that justice be given to me it will restore faith of common citizen and particularly daughters in the system. pic.twitter.com/oCNByhvNOT