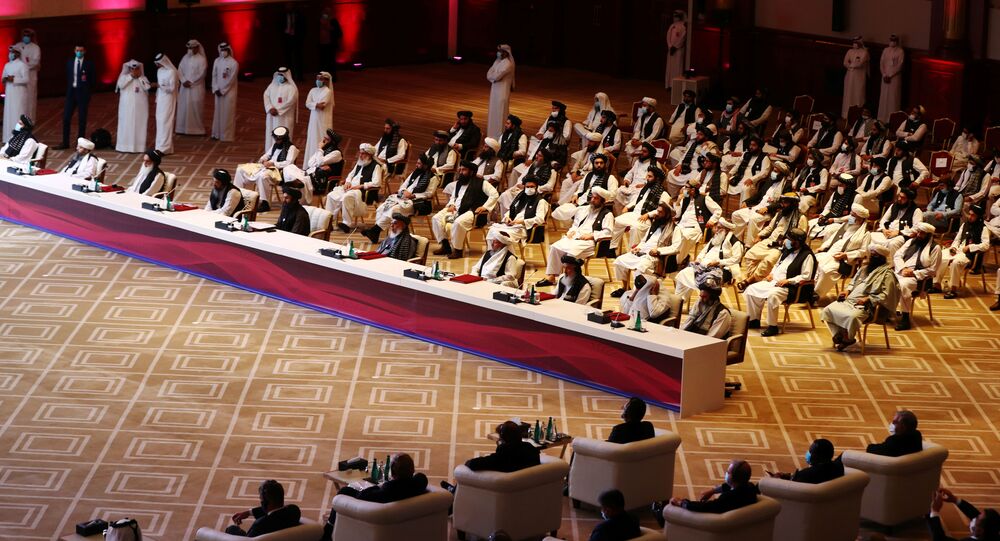 Indian FM at Peace Talks in Doha: Afghanistan’s Soil Should Not Be Used for Anti-India Activities

Joining the intra-Afghan peace talks in Doha virtually, External Affairs Minister S. Jaishankar supported an “immediate ceasefire" in Afghanistan and underlined that the land of the country should not be used for anti-India activities.

The Indian minister recalled New Delhi's development partnership with Afghanistan and stated that no part of Afghanistan is untouched by the 400-plus projects.

“Our expectation is that the soil of Afghanistan should never be used for any anti-India activities”, said Jaishankar over a video conference, adding: “The friendship of our people is a testimony to our history with Afghanistan”.

In July, the Indian government expedited visas to facilitate the return of members of the Afghan Hindu and Sikh communities facing security threats in Afghanistan.

This came after an attack on a Sikh temple in Kabul’s Shor Bazaar area on 25 March 2020 that left 25 people dead, including young children.

Jaishankar, in his address, maintained that the peace process must be Afghan-led, Afghan-owned, and Afghan-controlled.

Addressed the conference on Afghan peace negotiations at Doha today. Conveyed that the peace process must:

• Be Afghan-led, Afghan-owned and Afghan-controlled

J.P. Singh, joint secretary (Pakistan-Afghanistan-Iran) at the Ministry of External Affairs, attended the ceremony in Doha.

Earlier, India also attended the signing of the US-Taliban pact. India's government sharing a stage with Afghanistan at crucial moments comes as a significant development. Earlier this week, Jaishankar visited Iran to discuss the situation in Afghanistan.