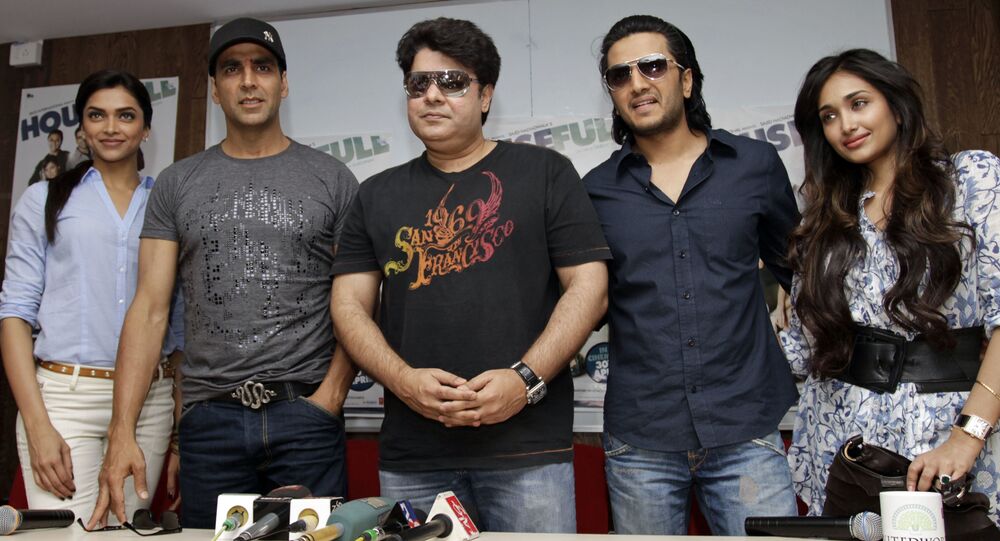 2018 saw the rise of the #MeToo movement in Bollywood which was inspired by a global campaign against sexual harassment. Director Sajid Khan was accused of sexual assault by a number of actresses and journalists. After two years, Indian model Dimple Paul has broken her silence and shared her ordeal on social media

A fresh charge of sexual harassment has once again put Bollywood actor-filmmaker Sajid Khan in the spotlight, making #ArrestSajidKhan trend on Twitter on Friday.

Dimple Paul, an Indian actress-model, on Wednesday sparked off the #MeToo controversy with her accusations about Sajid Khan who allegedly tried to touch her inappropriately and also asked her to strip for him.

She took to social media and posted a series of notes saying, "When #MeToo movement started, a lot of people spoke about Sajid Khan but I did not dare to because like every other actor who has no godfather and had to earn for a family I kept quiet. Now I don't have my parents with me. I'm earning for myself. I can dare to tell that I have been harassed by Sajid Khan at the age of 17."

🙏🏼 Before democracy dies and there is no freedom of speech anymore I thought I should speak !

Recalling the incident, Dimple wrote, “It happened during an audition. He spoke dirty to me. He tried to touch me. He even told me to strip in front of him just to get a role in his upcoming Housefull movie."

Because of the allegations, he had to step down as director of the movie Housefull 4 which was released in 2019.

In 2018, when #MeToo became a big movement in India, Sajid was called out by actresses Sonali Chopra and Rachel White for sexual misconduct.

On 11 October, 2018, Sonali wrote a blog about her experience which took place when she started working as Khan's assistant in 2011.

From “calling at odd hours” and talking vulgarly, to promising to boost her career as an actress, she wrote that it all “turned into mental and emotional torture”.

Actress Rachel White also shared her encounter and said that Khan had asked her “to strip for a bikini scene in the film”.

I finally decided to share my story with you. Writing this was like re-living all that horrible past I’d chosen to let go of, but I knew if I don’t today, I may never. So here’s #metoo #MetooIndia https://t.co/brouTYIBC7

“These B**t*rds should be behind bars not only for casting couch but also for manipulating and for stealing away your dreams. But I did not stop!! But the wrong I did was not to speak about it!"

Coming out of the closet might be tough but many people questioned why Dimple didn’t speak out back when so many people were exposing Khan.

She wrote, “I am coming out now not for any pity party. It's just that I realised that had affected me so bad when I was a child and chose not to speak.

Angered over this revelation, people on social media trolled him and demanded his arrest.

#ArrestSajidKhan Okay..so many girls/ woman have come forward and exposed #SajidKhan. My question here is why there is still NO action, no arrest against this man? If law is equal for everyone, why can't Government prove it?? https://t.co/m4trJXZlZj

This is not the first case against him
Don't know for how much cases we are waiting ... Just bcze he is powerful
it doesn't mean he will be a free man after doing these crimes... 😡😡😡
Arrest @sajidkhan #ArrestSajidKhan