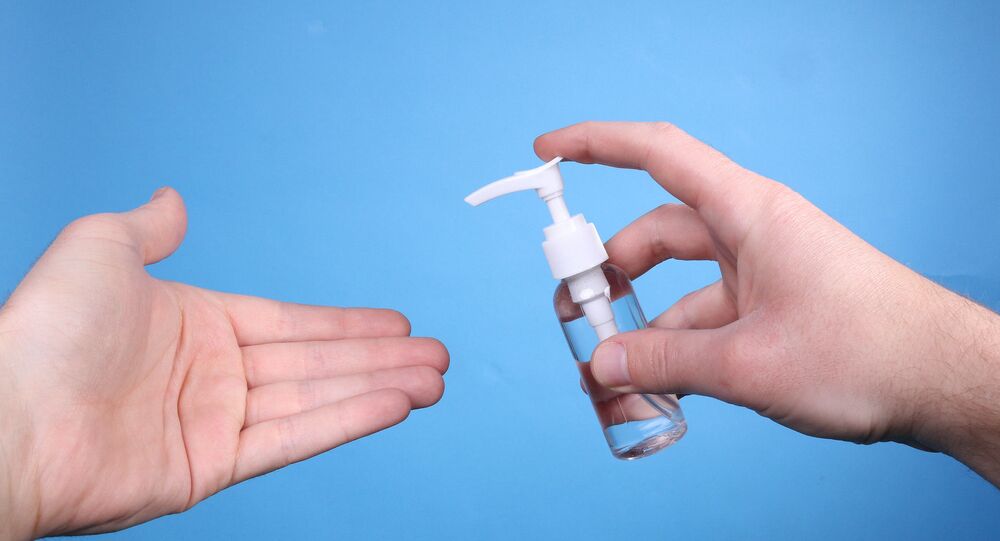 The bizarre heist looked effortless as customers in the jewellery store did not move an inch while armed robbers looted the store. As India witnesses a massive economic slump, there has been a sharp upturn in street crimes.

CCTV footage from a jewellery store in the Aligarh district of Uttar Pradesh, caught the moments when three robbers casually walked into a shop and robbed it while following full Covid-19 protocol.

The robbers entered the store wearing masks and sanitized their hands before pulling out pistols from their pockets. The sanitizer was offered to the robber by the store workers, thinking they were regular customers.

In UP's Aligarh, scene at a jewellery shop:

​The three men soon broke into action and pointed their guns at the customers while their associates proceeded to stuff their bags with jewellery.

Meanwhile, three customers at the store, including a woman, sat calmly watching the heist unfold in front of them while the scared store worker is seen sitting with folded hands.

Police have initiated a probe into the matter with the help of CCTV footage and witnesses.