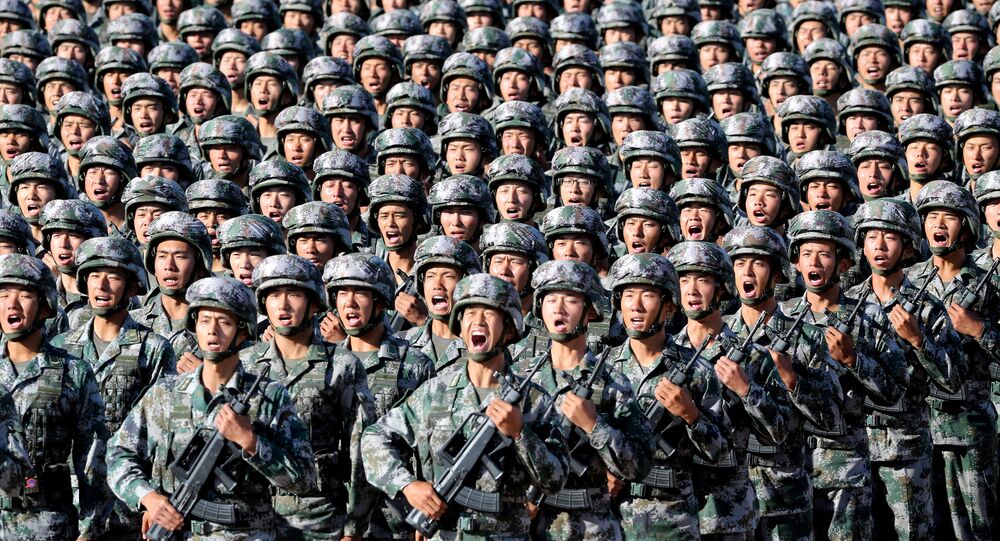 India's External Affairs Minister S. Jaishankar and his Chinese counterpart Wang Yi met on the sidelines of Shanghai Cooperation Organisation summit in Moscow on Thursday. The two addressed simmering border tensions and agreed to abide by existing accords and protocol along the LAC.

During the foreign ministers' meet, the Chinese side failed to provide a credible explanation for the amassing of Chinese troops with equipment along the border, Indian government sources have revealed.

© CC0
India-China Enter Fifth Month of Border Stand-Off in Ladakh With Another Clash
"The presence of such a large concentration of troops was not in accordance with the 1993 and 1996 Agreements and has created flash points along the Line of Actual Control," India told China during the meeting. While both sides have agreed to "comprehensive disengagement", Indian government sources told Sputnik that during the meeting, which lasted more than two hours, Beijing failed to make many changes to its stated position.

“It is important to move back all personnel and equipment that have trespassed,” the statement issued by the Chinese Foreign Ministry reads.

However, New Delhi has categorically denied the accusation that its frontline troops have crossed the LAC.

Despite certain differences, the two foreign ministers have agreed upon guidelines to ensure peace in the region, but their viability in the contested region is yet to be seen.

© AFP 2021 / INDRANIL MUKHERJEE
China Amasses Troops, Continues Massive Build-up North and South of Pangong Lake – Report
Since April, there have been five face-offs between Indian and Chinese troops along their border, including a violent clash in which 20 Indian soldiers were killed and the first incident involving live fire in decades along the border. Both sides have accused each other of engaging in provocative actions.

Meanwhile, satellite images have allegedly shown a massive build-up of China’s People’s Liberation Army (PLA) on the South Bank of Pangong Lake, where the two sides engaged in physical altercations near Chushul overnight on 29-30 August.

The border stand-off began in the last week of April and since then, the two sides have engaged in several rounds of diplomatic and military-level talks for the disengagement of troops along the loosely-demarcated border.