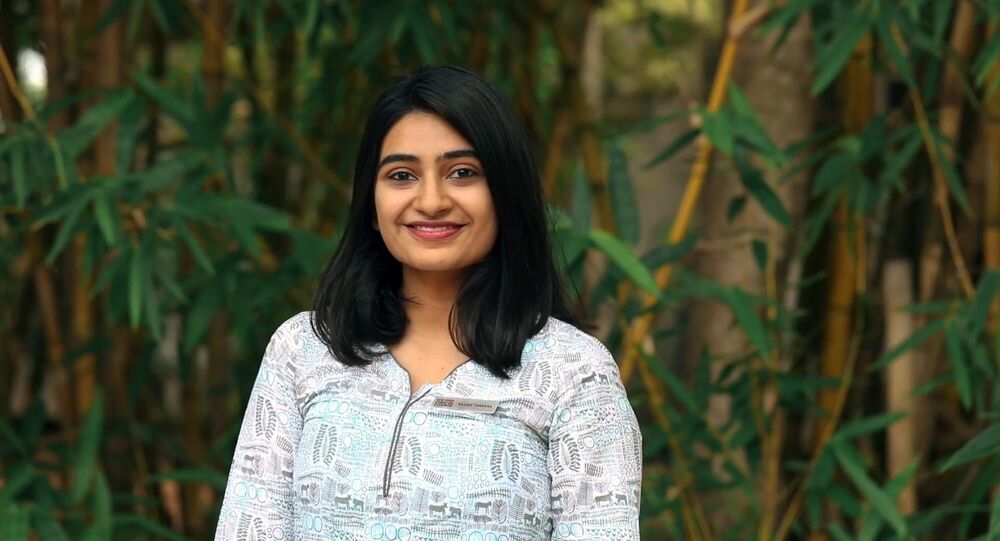 After losing her 18-year-old brother Raghav to suicide last year, Mumbai-based Raashi Thakran started a petition which led to the launch of India’s first 24/7 suicide helpline - KIRAN on 7 September. It was put in place by India’s federal Ministry of Social Justice and Empowerment.

After witnessing a spike in suicide cases in the country, India’s Ministry of Social Justice and Empowerment has launched the nation’s first centralised suicide prevention helpline number (1800-599-0019).

The launch, which came just three days ahead of World Suicide Prevention Day (10 September), however, brought tears of joy to the eyes of one young woman, Raashi Thakran of Bengaluru.

Thakran, a marketing executive, started a petition in June 2019 on the website change.org to demand a centralised helpline system. The petition soon drew the support of two million people.

IT’S TIME FOR A VICTORY DANCE! 💃🏻💃🏻 My petition asking the government to launch a National Helpline Number for Suicide Prevention has finally emerged victorious! On 27th August 2020 - the Ministry of Social Justice and Empowerment launched a 24×7 toll-free National Helpline Number for Mental Health Rehabilitation! The 'KIRAN' helpline number - 1800-599-0019 aims at supporting early screening and providing psychological support to those who need it. This is a big win and a great step by the government in the right direction. I would like to thank the ministry for paving the way! 💫👏🏼 I would also like to thank each and every one of you - who signed, shared and amplified this campaign. This wouldn't have been possible without your support. 😭 I am honestly at a loss for words! This campaign has been such an important part of my life. THANK YOU THANK YOU THANK YOU! Know that you're the reason why we have this helpline number today - you're the reason why we have emerged victorious. A virtual hug to every single one of you. Go on, give yourself a well deserved pat on the back and start sharing this news! P.s. Raghav would be proud :’) @tcgehlot @justice_n_law @ramdasathawale @change.orgindia @change.org_hindi @itsoktotalk @thelogicalindian @tlllfoundation @quintfit @devinabuckshee @bharatnayak34 @middayindia @the_hindu @mygovindia @fayedsouza @ndtv @toibengaluru @timesofindia @timesnow @hindustantimes @the_hindu @the_economic_times

Talking to Sputnik on World Suicide Prevention Day on Thursday, she related how it all started when her 18-year-old brother Raghav committed suicide. She couldn't believe that such a thing could happen as he had always looked happy.

“There wasn’t any warning sign. Just 30 minutes before the incident, I was with him. He was laughing and joking, making fun of me. He just looked so normal and okay! I don’t know what happened in those last few moments, what went through in his head, and how life became so painful,” said Thakran.

“I sometimes beat myself up over it as well - maybe I was too self-consumed and short-sighted that I couldn’t see that my brother was struggling,” she said.

Recalling the moment she read her brother’s suicide note, Thakran said she still gets chills.  “He wrote that he had been struggling for four years and none of us were at fault here. In fact, some of the happiest moments he had were with his family - with us.”

Thakran then did some research to figure out what exactly had happened and came across different suicide prevention helplines run by various NGOs (Non-Governmental Organisations).

“I came across various suicide preventive helpline numbers. I called around 15 numbers but most of the calls went unanswered. Some numbers were switched off, and only three responded. I thought what if my brother had called one of these as a last resort and they didn’t pick up. My heart sunk in despair,”  Thakran shared.

It stunned her to learn that there wasn’t even a single centralised suicide prevention helpline number issued by the government.

She therefore started a petition, and it was signed by almost two million people within two months.

Soon, it became a movement with many youngsters supporting it from all over the world.

She met many government officials and discussed the petition with them at length while also delivering talks at various colleges and international summits.

According to the National Crime Records Bureau of India, the country reported about 381 suicides daily in 2019, marking a nearly 3.4% increase as compared to 2018. Maharashtra State recorded the highest number of deaths by suicides.
The World Population Review report 2020 revealed that India ranks at 21st in the world for suicides.

When news of Bollywood actor Sushant Singh Rajput committing suicide hit the internet on 14 June, the suicide prevention helpline really came into its own.

It fills Thakran's heart with a sense of joy and triumph that the newly launched centralised helpline number supports 13 languages and has 660 clinical/rehabilitation psychologists and 668 psychiatrists as volunteers.

But Thakran feels that there is still a long way to go.

As a member of the mental health chapter of Women’s Indian Chamber of Commerce and Industry (WICCI), she is planning to create a team of volunteers that will work with the ministry to audit the helpline number.

“We will work with data and conduct surveys. The creation of this number doesn’t mean my job is done, this is just the beginning,” said Thakran.

She now wishes to ensure that the helpline number doesn't go unanswered and that those facing anxiety, stress, depression, and suicidal thoughts can always find someone to talk to.