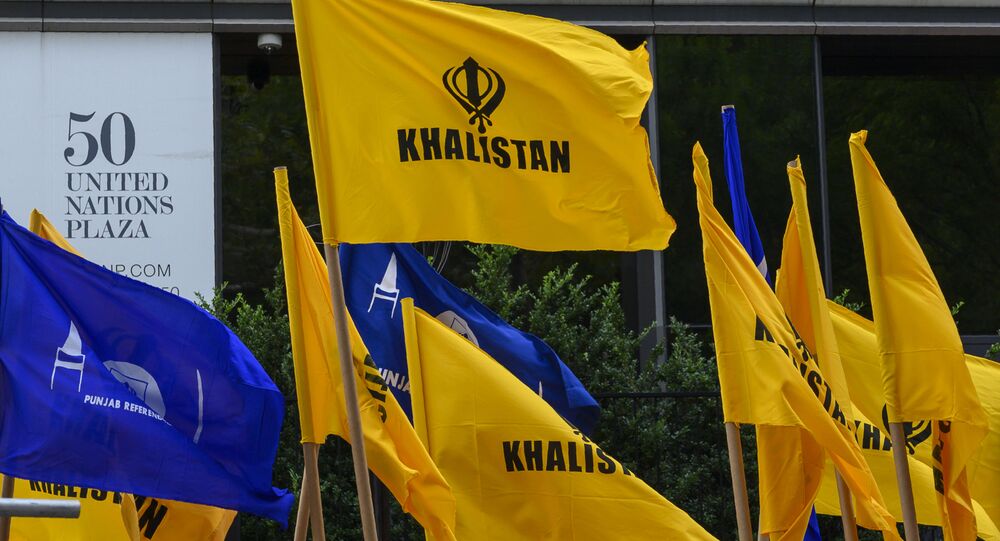 The Khalistan movement became popular in the Indian state of Punjab in the 1980s. The movement demanded a separate sovereign state of Khalistan for the Sikhs and was wiped-out from the state through a protracted counter-insurgency movement. While many Khalistani leaders were put behind bars, others moved to Canada, the UK and the US.

A paper published by the Macdonald-Laurier Institute, a Canadian think tank, has revealed that the Khalistan movement has been a geopolitical project nurtured by Pakistan.

Veteran journalist Terry Milewski’s paper “Khalistan: A Project of Pakistan” claims that "the Pakistan-sponsored" project threatens the national security of Canadians and Indians.

The Khalistan Movement doesn’t see mass support among Sikhs in Punjab, as per the paper, but groups like Sikhs for Justice and the banned terror group Babbar Khalsa International (BKI) have been invoking the community for a referendum among Sikhs for a separate nation – Khalistan.

For Canadians, the movement has been termed a security threat by Milewski due to the presence of leaders associated with the cause.

Building a Pakistan connection, the foreword in the paper mentions how the “proposition of an independent Khalistan is a backward idea without economic or democratic logic”.

“In the service of this cause, extremists animated by Pakistan seek to distort history and betray the vast majority of Sikhs who live in peace and freedom,” it says.

The paper quotes Pakistani-Canadian writer and broadcaster Tarek Fatah, who as a young journalist, heard in 1973 from Pakistan’s then-prime minister Zulfikar Ali Bhutto that the country will avenge the loss of the 1971 war by creating Khalistan. The 1971 war between India and Pakistan had led to the creation of Bangladesh, which had earlier been east Pakistan.

Milewski mentions that the idea of Khalistan was not confined to revenge, as it only grew more intense under Bhutto’s successors.

“Husain Haqqani, a former Pakistani Ambassador to Washington, says that 'bleeding' India was certainly the main motive, but a second was to create a strategic 'buffer' between India and Pakistan. Thirdly, he says, a state of Khalistan would 'end India’s land access to Kashmir', to the north – another key interest for the Pakistani leadership,” the paper states while underlining the strategic benefits of the creation of Khalistan.

In August, four youths were arrested for hoisting a Khalistani flag on a government building in Punjab. Police recovered receipt of $267 (approx Rs 20,000) allegedly received via Western Union from a banned US-based pro-Khalistan outfit, Sikhs for Justice (SFJ).

The outfit’s legal advisor Gurpatwant Singh Pannun, who had lured youths with money to accomplish the task, was designated a terrorist under the Unlawful Activities (Prevention) Act in July. The government also ordered the attachment of the properties of the US-based leader.

Meanwhile the government has banned about 40 websites which were spearheading the demand for a separate Khalistan and designated eight more persons as terrorists for the same reason.

Commenting on the study, the sources in the Indian government have told Sputnik: “We have all along been saying that it has been a Pakistani project to foment unrest in India and keep us off balance. The study also finds it.”

Sikhs for Justice, a US-based group banned in India and termed secessionist by the Indian government, has been endorsinga  proposal to have Sikhs vote on whether to have a separate nation from India and establish "Khalistan" or not.