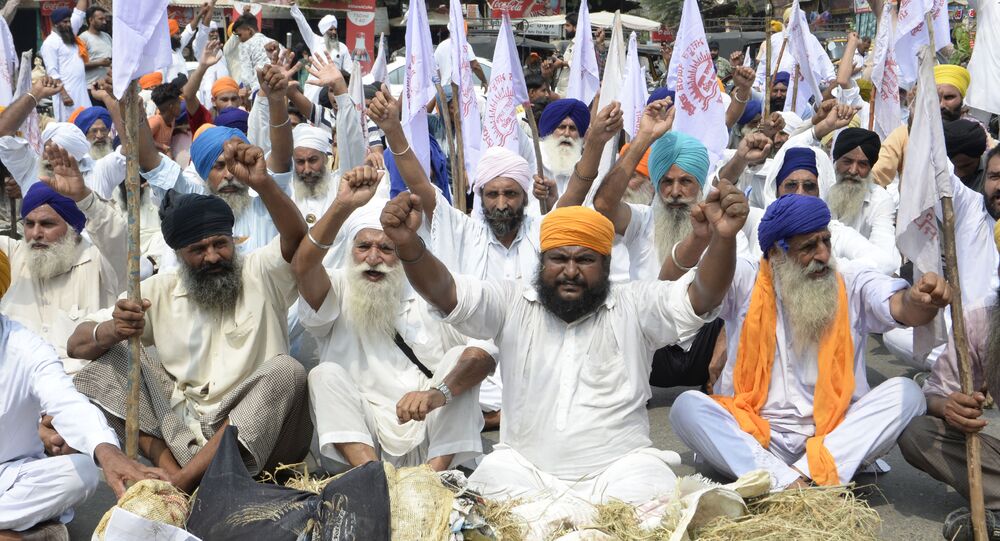 Police were forced to use batons to disperse farmers gathering in large number to block national Highway 44 in Haryana state. Prohibitory orders had earlier been imposed to prevent the gathering of more than four people in Kurukshetra due to the pandemic.

Hundreds of Indian farmers hit the streets in Haryana state on Thursday despite prohibitory orders and the coronavirus pandemic, in order to protest against three farm ordinances passed by the government.

The farmers arrived in large numbers from various villages and pelted stones at police and broke through checkpoint barriers.

Which way is this to silence the farmers? Agriculture is the main employment of more than half the population of the country.
It is not wrong to protest peacefully in black laws; lathicharge is wrong on them#KisanKeBol2 pic.twitter.com/NNwEung6ct

Various farmers unions, including Bharatiya Kisan, called for a huge rally two weeks ago to protest against a farm ordinance passed by the Narendra Modi-led government.

The ordinances are deemed by many as “anti-farmer”. A section of farmers fear that the government is planning to eliminate the Minimum Support Price (MSP) for their crops.

“The government wants to suppress our movement by citing coronavirus as an excuse but we will continue our fight against the anti-farmer decisions,” said Bhartiya Kisan Union president Gurnam Singh Chaduni as he addressed the gathering that blocked the national highway.

These ordinances were passed by the government in June, in an attempt to create a better environment for farmers and traders, by allowing them to sell their good at free market prices.