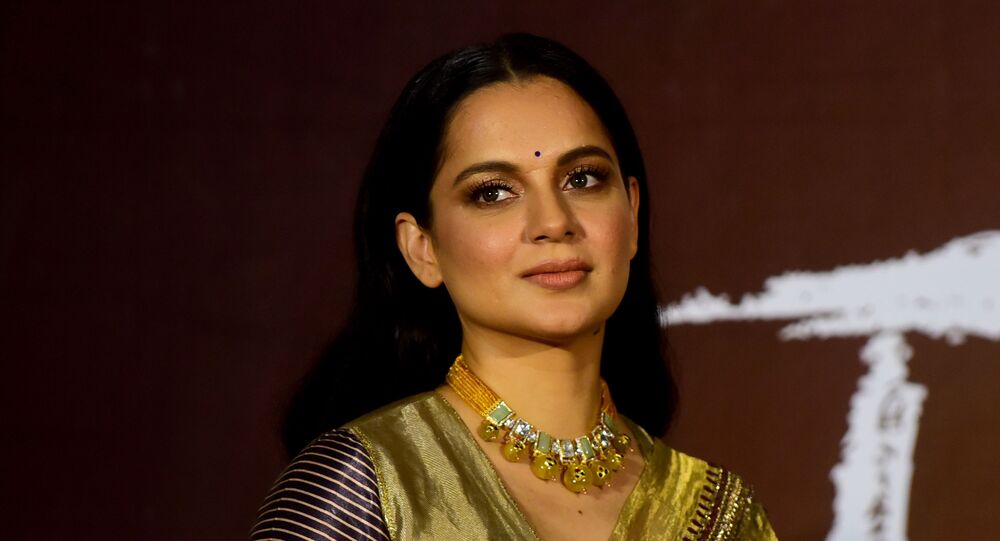 Kangana was given high-level Y-Plus security by the central government after threats to her life were made after she called for justice following the death of actor Sushant Singh Rajput, and made allegations about celebrities allegedly involved in the Bollywood drug scene.

As Bollywood actress Kangana Ranaut headed to Mumbai with Y- Plus security from Chandigarh airport on Wednesday, Mumbai’s civic authorities demolished an illegal portion of her office in the city’s posh Pali Hill area. Footage of the demolition work triggered a storm on the internet.

With the trending #deathofdemocracy, Kangana tweeted with the pictures of the demolition work from the airport and wrote, “...This is why my Mumbai is POK now”.

I am never wrong and my enemies prove again and again this is why my Mumbai is POK now #deathofdemocracy 🙂 pic.twitter.com/bWHyEtz7Qy

​The actor had built her dream office in Mumbai’s posh Pali Hill area while filming Manikarnika, which marked her directorial debut in the industry.

With so many memories attached to this place, Kangana compared her Mumbai office to Ram Mandir (the Hindu God Lord Ram’s Temple) and tweeted that the erstwhile Mughal Emperor Babar is demolishing it.

​This was an oblique reference to Lord Ram's Temple, which is believed to have been demolished by Mughal Emperor Babur centuries ago in order to build a mosque. The Supreme Court of India recently allowed Hindus to reconstruct a temple at the same place in Ayodhya in Uttar Pradesh.

The actress alleged that the Maharashtra government is targeting her because of her fight with the ruling party. Shiv Sena politician Sanjay Raut has exchanged barbs with her online and told her not to come to Mumbai, if she views it as “Pakistan Occupied Kashmir (POK)”.

​On Monday, Kangana shared a video in which civic authority Brihan Mumbai Corporation (BMC) officials entered her premises and took down part of her office, which they claim had been built without the necessary permission.

She tweeted that she has “all the papers” and “there is no illegal construction in my house, also the government has banned any demolitions in Covid till September 30”.

They have forcefully taken over my office measuring everything, also harassing my neighbors when they retorted @mybmc officials used language like ,” वो जो मैडम है उसकी करतूत का परिणाम सबको भरना होगा” I am informed tomorrow they are demolishing my property 🙂 pic.twitter.com/efUOGJDve1

The developments have outraged her fans, causing an uproar across the country with many people tweeting with #IndiaForKangana.

​Kangana comparing Mumbai to POK is not acceptable. But there is absolutely no doubt that @mybmc moving to suddenly conduct a demolition of areas of her office space is totally questionable. Why now? Why like this? What were you doing all this while if there were irregularities?

Reprehensible and Abominable. That's what the BMC's actions against @KanganaTeam are. Sad that Government bodies are behaving in this manner. And can someone tell us how many illegal buildings exist in Mumbai, that have never been touched?