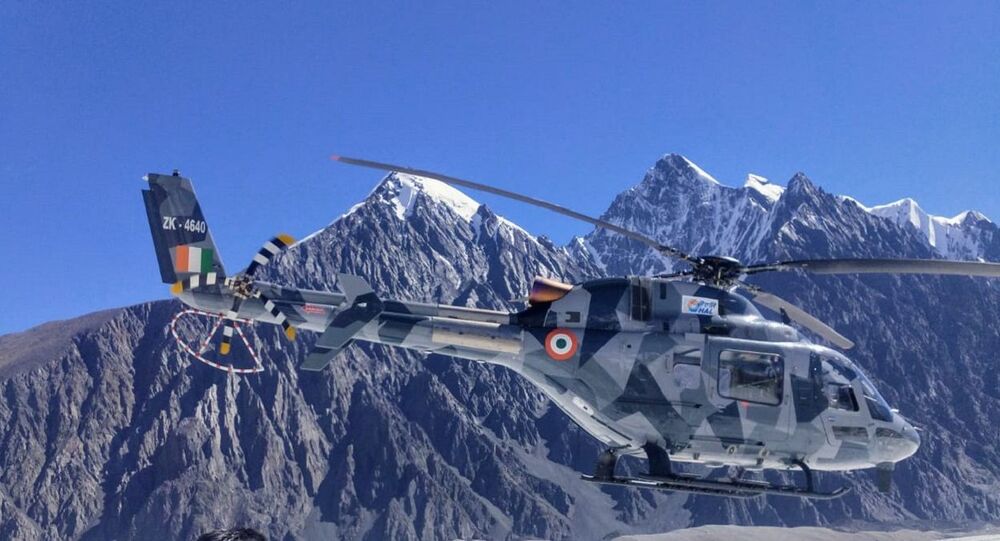 The Indian Air Force deployed two Light Combat Helicopters (LCH) along with fighter jets, transport aircraft, and thousands of additional troops to the Ladakh region last month amid the ongoing standoff with China. New Delhi and Beijing have failed to reach a consensus on the disengagement of troops along the 4,057 km Line of Actual Control.

​A comprehensive test plan including envelope expansion, performance and flying qualities was executed at Leh, 3,300 metres above sea level, the statement from the developer Hindustan Aeronautics Limited reads on Wednesday. The aviation behemoth termed the performance of the helicopter and its systems as satisfactory, fulfilling the requirements of the users.

When equipped with a Safran HE Ardiden-1U engine, the helicopter weighs 3,150 kg and is capable of flying at 220 kilometres per hour, and can travel a distance of 350 km with a 400 kg payload in one go.

The LUH will replace the military’s ageing Cheetah and Chetak light helicopters. India faces a shortage of over 400 helicopters in this category.

Amid the ongoing border stand-off with China, the Indian Air Force has also deployed its Chinook and Apache attack helicopters in the region.

With the first time firing incident in Ladakh’s Pangong Tso along the 4,057 km Line of Actual Control on 7 September, tensions have  heightened further between the Asian neighbours. Several rounds of diplomatic and military-level talks have failed to bring about a disengagement along the border.