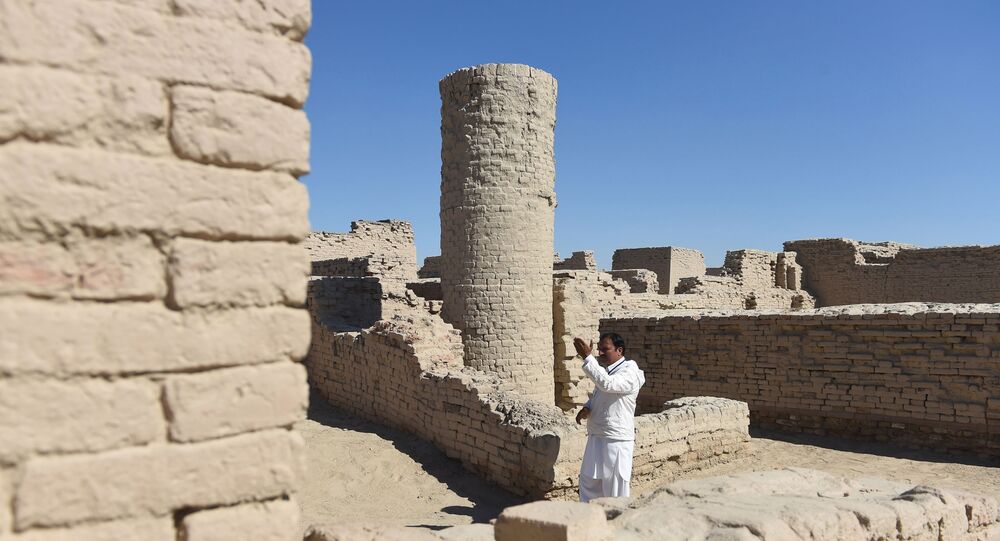 The ancient Indus Valley Civilisation was located in present-day Pakistan and northwestern India on the plains of the Indus River. Evidence obtained during archaeological excavations show a flourishing civilisation existed in this area around 5500 BCE.

A study by an Indian-born American scientist has revealed that the Indus Valley Civilisation possibly declined due to shifting monsoon patterns linked to climate change.

In an article published in Chaos: An Interdisciplinary Journal of Nonlinear Science, Nishant Malik, Assistant Professor at the School of Mathematical Studies at the Rochester Institute of Technology revealed a new technique he developed to show how shifting monsoon patterns potentially triggered the fall of the Indus Valley Civilisation, a contemporary civilisation to Mesopotamia and ancient Egypt in the Bronze Age.

Malik worked out a method to study paleoclimate time series, sets of data that shed a light on past climates through indirect observations. Researchers were able to develop a record of monsoon rainfall in the region for the past 5,700 years by measuring the presence of a certain isotope in stalagmites from a cave in South Asia.

“Usually the data we get when analysing paleoclimate is a short time series with noise and uncertainty in it. As far as mathematics and climate is concerned, the tool we use very often in understanding climate and weather is dynamical systems", Malik said.

While there's plenty of theories about how the Indus Valley Civilisation met its demise, varying from earthquakes to invasion by nomadic Indo-Aryans, scientists from Malik's team believe that the explanation is much simpler — climate change.

Until he came up with his approach there was no mathematical proof, however, his research showed that just before the Indus Valley Civilisation's decline there was a significant shift in monsoon patterns. The pattern subsequently reversed course right before decline, which, according to the scientist, lilely means that the civilisation's ultimate fall was caused by climate change.

"We identified a transition in monsoon dynamics, indicating a possible connection between climate change and the decline of the Indus Valley Civilisation", reads the abstract of the research study.