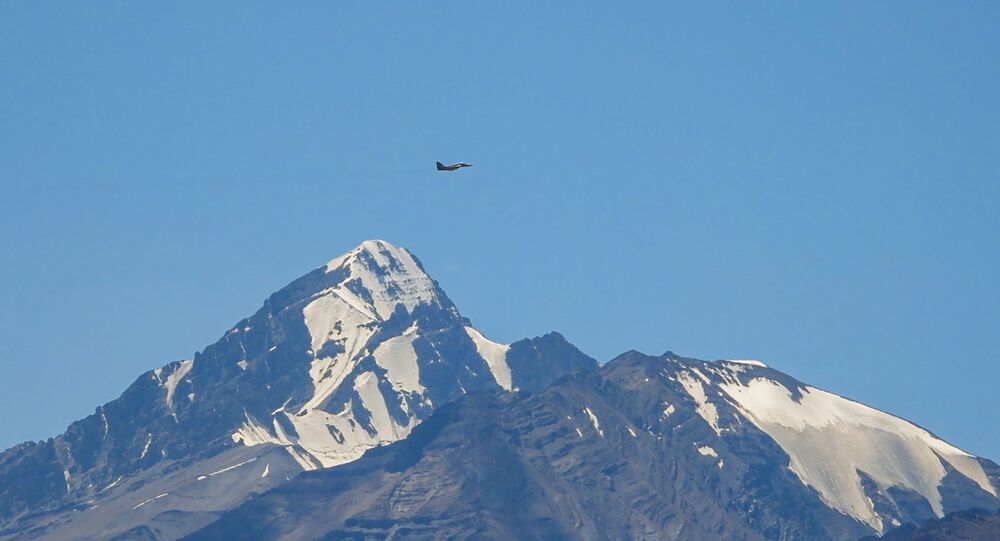 India and China have been engaged in a standoff at the Line of Actual Control (LAC) in the eastern Ladakh sector since late April which saw its climax on 15 June with a bloody skirmish between the armies of the two countries in which 20 Indian soldiers lost their lives.

Trump said, "While we are at it, we are talking about China and India, they are going at it pretty good on the border, as you know. It has been very nasty. If we can do anything, we would love to get involved and help. And we are talking to both countries about that".

"And we stand ready to help, with respect to China and India", Trump added.

Trump offered to act as a mediator in the dispute in June too when a bloody clash between the Indian Army and the Chinese People's Liberation Army broke out on 15 June that resulted in the deaths of 20 Indian soldiers.

Trump's second offer to step in comes at a time when, according to New Delhi, fresh attempts have been made by the Chinese Army to unilaterally alter the status quo by occupying high-altitude regions at certain points in Pangong Lake in the Ladakh sector overnight on 29-30 August and 31 August.

According to the Indian Army, New Delhi took pre-emptive measures and foiled attempts by the Chinese Army to occupy strategically important heights in the area of the lake. After China's alleged move, Indian Army Chief MM Naravane said, "The situation is tense but it could be resolved fully through talks".

Trump's statement also comes against the backdrop of Indian Defence Minister Rajnath Singh's meeting with his Chinese counterpart Wai Fenghe on Friday in Moscow. Ahead of the meeting, Singh said, "peace and security in the region demanded an atmosphere of trust, non-aggression, peaceful resolution of differences, and respect of international rules".

Meanwhile, apart from beefing up its troops in the Ladakh sector, India has retaliated to what it described as Chinese "aggression" on the border through business and trade curbs. New Delhi imposed a number of trade restrictions on Chinese imports and banned over 200 mobile apps, including popular ones like PubG and TikTok, citing national security concerns.

While maintaining that it cannot be "business as usual" unless peace is restored in areas along the border with China, Indian Foreign Secretary Harsh V Shringla said normal bilateral relations will be affected.

"There is a linkage between what is happening on the border and our larger relationship and that in fact I think is very, very evident", Shringla said, addressing a virtual event in New Delhi on Friday.