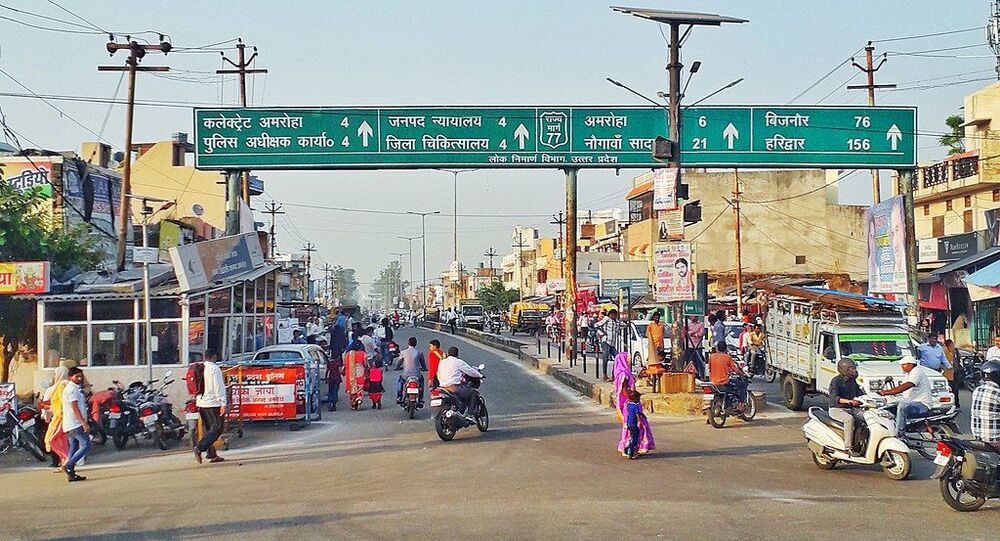 The northern Indian state of Uttar Pradesh is in the news for a deteriorating law and order situation amid the pandemic, with the opposition slamming the ruling Bharatiya Janata Party in the state.

A three-year-old girl was allegedly raped and murdered in Uttar Pradesh's Lakhimpur Kheri district on Friday, making it the third such incident in the district in the last 20 days.

Earlier, the alleged rape and murder of two different minor girls - a 17-year-old and a 13-year-old - rocked the state led by Yogi Adityanath, a Hindu monk who promised strict action against gangsters.

The police have told the media that the 3-year-old, who has been missing since Wednesday, was raped and her strangled body was found in a field. The 17-year-old girl, who left her home to reportedly to fill out her scholarship form, was found dead in a mutilated state just 200 metres from her village, law enforcement informed.

Similarly, the 13-year-old was found "raped and strangled" after her parents informed the police that the girl had gone missing.

The three incidents have sparked outrage in the state, with both the opposition Samajwadi Party and the Indian National Congress slamming the ruling BJP government for not being able to control the exponential rise in crime in the area. As per the latest National Crime Records Bureau (NCRB) figures, every fourth rape victim in India is a minor.

Recently, Uttar Pradesh East general secretary from Congress, Priyanka Gandhi, lashed out at state chief Yogi Adityanath for the spike in crime and accused him of hiding the cases.

"The Uttar Pradesh Chief Minister's government talks of speed and the crime meter is running at twice the speed", said the Congress scion, daughter of party chief Sonia Gandhi.

​Samajwadi party chief Akhilesh Yadav also criticised the government for increasing chaos in the state, saying "Now the people of the state are telling a story to the children: 'It was a while ago that there used to be law and order in our state.'"