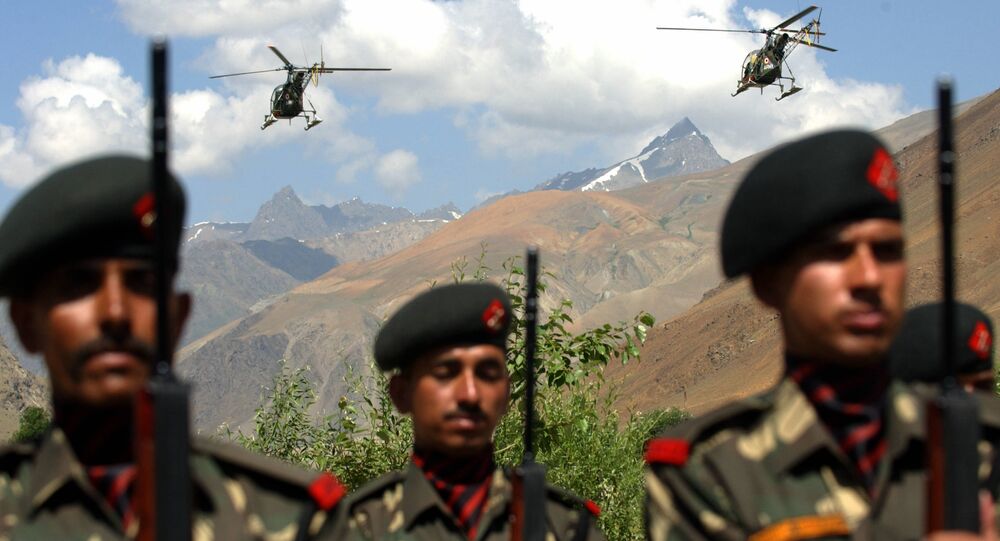 After another face-off between troops in Eastern Ladakh region’s Chushul Valley overnight on 29-30 August, India has issued a high alert along the border with China, Nepal and Bhutan. Preempting action from Chinese forces, the troops have been asked to remaintain vigilant, especially at the tri-junction area in Lipulekh.

The Indian army has reportedly moved its troops to guard the eastern stretch of the loosely-demarcated border with China in Arunachal Pradesh since June, according to a government official quoted by Reuters.

With the increased military presence in the Anjaw district of the north-eastern state, there are higher chances of a face-off in the region, analysts believe, since the region was a flare point during the 1962 war between India and China.

While the official in the region confirmed that troops had ramped up activity following the Galwan incident on 15-16 June, she also noted that the build-up had started prior to the skirmish.

Nevertheless, an Indian military spokesman, Lieutenant Colonel Harsh Wardhan Pande, has said that there’s no cause for concern and the troops arriving in the area were part of a regular rotation.

“Basically, it’s units changing. That’s happening as it happens every time, nothing much,” Pande told Reuters from Guwahati, the largest city in northeastern India.

With Indian troops stationed at strategically-important points in the Ladakh region, speculations are rife that Chinese troops may open another front along the 4,057km Line of Control. The Indian home ministry has even issued an alert, cautioning troops along the China, Nepal and Bhutan border.

The northeastern region of India is the most sensitive, considering accusations that China has been mobilizing separatist movements and insurgents in the region.

India and China have been in a border stand-off since the last week of April and the disengagement of troops is far from over along the Line of Actual Control. The situation has become more tense since the 29-30 August altercation between Indian and Chinese troops. China's Foreign Ministry spokesperson has said that to his knowledge, no Indian soldiers were killed in the recent border clash.

Tensions between the two countries reached a boiling point in mid-June, when a deadly face-off broke out between troops in the Galwan Valley in the disputed Ladakh region. The skirmish claimed the lives of 20 Indian soldiers, while Beijing has not officially reported any casualties. Since then, the two sides have been engaged in high-level talks to ease tensions.