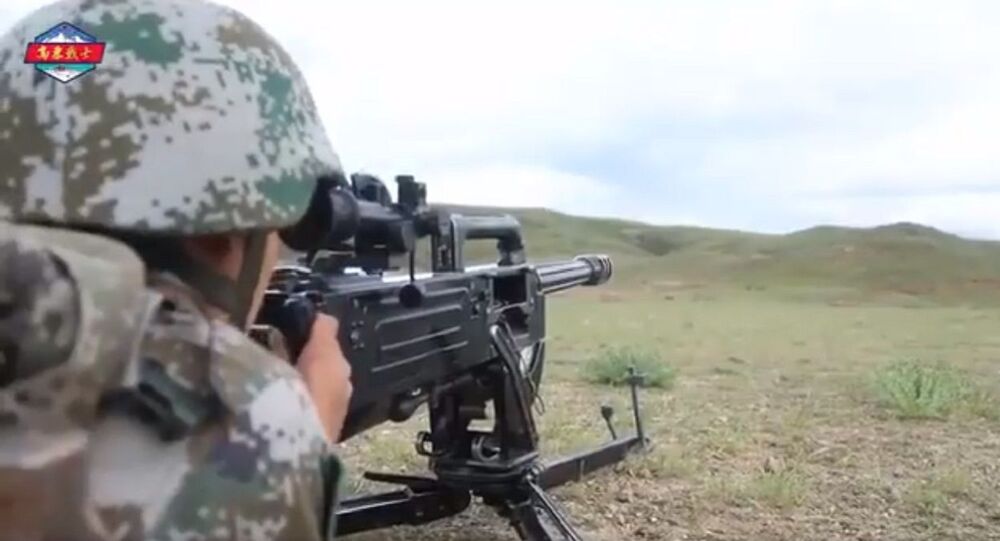 India and China witnessed a fresh bout of tensions in Ladakh region, with the two sides accusing to each other of carrying out proactive military activity. The neighbouring countries have seen ties strained over the past four months due to a territorial conflict along the loosely demarcated Line of Actual Control (LAC).

Soon after China's Global Times uploaded a fresh video showing a brigade of the Tibet Military Command of China's People's Liberation Army (PLA) carrying out fire drills at an altitude of 4,500 meters, the clip fell victim to online trolling.

The new video, which comes amid border tensions between India and China in the eastern Ladakh region, shows a live drill by PLA's Western Theater Command, which is responsible for guarding the border with India.

A brigade of #PLA #Tibet Military Command recently held coordinated live-fire drills throughout day and night at an altitude of 4,500 meters. pic.twitter.com/qa2F5fSvXH

Reacting to the video, Indian netizens called it "just a photo shoot". Others lauded India's "proactive military movement" on the Ladakh border to counter fresh altercations between the rival troops.

Puppet Like Army has been fighting imaginary enemies till date, will face real Men soon if not get disciplined... Even crying won't help.... pic.twitter.com/twqngrkp0a

😂 No Use! Just for Photo Shoot pic.twitter.com/vHzSWfcbR4

When you try capturing land of a country & that country captures even more territory breaking the ribs & necks of your soldiers 🤐🤣
And now you do a very heavy retaliation by uploading a video of a drill 😂😂 pic.twitter.com/O057jwGDYL

​A few netizens also took a dig at the China's all-weather ally Pakistan.

Train them well 🤣🤣 I hope Chinese Generals are not involved in selling pizzas like porkistani generals 😂😂😂 pic.twitter.com/1VDUqxHsna

As stated by the Indian Foreign Ministry, the Indian Army thwarted China's latest "attempt at unilaterally disturbing the status quo at the Ladakh border on Tuesday". However, China has maintained that Indian troops had crossed the line of actual control and thus undermined China’s territorial sovereignty.

The simmering border tension between the Asian giants escalated to physical clashes between troops on 15 June in the Galwan valley; 20 Indian soldiers were killed.