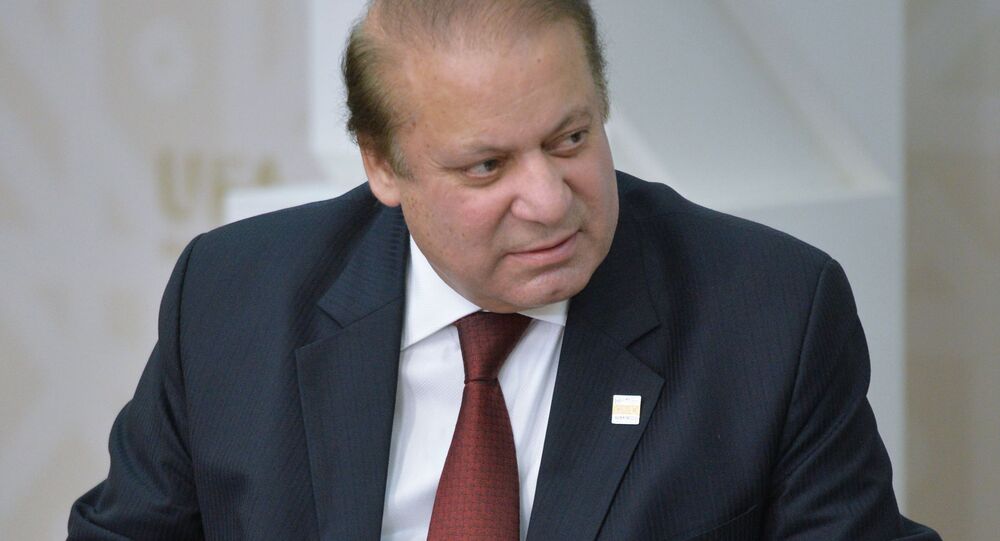 New Delhi (Sputnik): Nawaz Sharif is a former prime minister of Pakistan, who has allegedly been involved in several corruption cases. According to Sharif, the allegations against him are politically motivated.

A High Court in Pakistan on Tuesday said former prime minister Nawaz Sharif "shall surrender and appear before the court" at the next hearing", scheduled for 10 September as part of an ongoing corruption case.

Last November, Sharif flew to the UK in an air ambulance for medical treatment, a month after he was released on bail while serving  a seven-year prison sentence.

The Islamabad High Court division bench comprising Justice Aamer Farooq and Justice Mohsin Akhtar Kayani said the court was not yet declaring Nawaz an absconder and was giving him "one more chance to surrender."

According to media reports, Nawaz's counsel Khawaja Haris Ahmed said that the former prime minister could not return to the country due to the coronavirus pandemic, and complained that the Punjab government had rejected medical documents and an application seeking a bail extension.

“He will return to the country once his treatment is complete," his lawyer said about Sharif.

According to Sharif's daughter Maryam Nawaz, her father does not want to stay away from the country.

“His (Sharif's) treatment is ongoing but was delayed due to the coronavirus," she told reporters.

Sharif's third term as prime minister started from 2013 till 2017, when he was removed by the Supreme Court amid revelations over his personal wealth.

On 25 October last year, Sharif was granted bail and he obtained court clearance to leave the country for medical treatment.

Since then, “a medical board was constituted and opportunity of personal hearing was given on 19, 20, 21 February,” the cabinet said in a statement last month.

“However, neither Sharif appeared, nor any of his medical reports were submitted on his behalf. On 27 February, 2020, the request for extension in bail was dismissed.”

Prime Minister Imran Khan came to power in 2018 promising an anti-graft campaign, saying he would bring back billions of dollars allegedly squirrelled abroad by politicians.