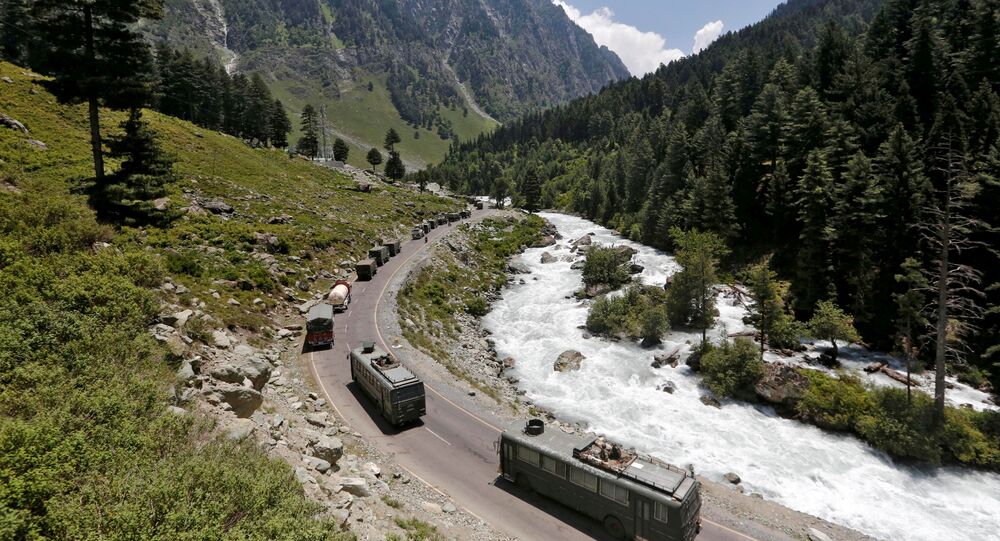 New Delhi (Sputnik): India and China have been engaged in talks at the military commander and diplomatic levels to disengage their troops along the border in the Ladakh region after a fierce standoff on 15 June, in which 20 Indian soldiers were killed. The Chinese Army has withdrawn from some friction points, except for two.

Amid the ongoing efforts by India and China to de-escalate border tensions, intelligence sources have indicated that the Chinese Army is clandestinely firming up infrastructure near Pangong Lake and laying 5G networks along the Line of Actual Control (LAC) in Ladakh, The Times of India reported on Friday.

Reports indicate that China’s People’s Liberation Army (PLA) has been setting up barracks and other structures near the Demchok area, one of the friction points along the LAC in the Galvan Valley.

Sources told the media outlet that new huts and sheds have been erected by Pangong Lake, despite assurances by Beijing that its troops would return to peacetime positions.

India and China held talks at the diplomatic level on 20 August and agreed to “work towards complete disengagement of the troops” along the LAC.

“We hope to put the boundary question at an appropriate place in bilateral relations, properly handle differences through dialogue and consultations”, said Sun Weidong, Chinese envoy to New Delhi, on Tuesday.

Sources in the Indian Army said that despite all these efforts, the Chinese Army has refused to pull back eastwards from the 8-km stretch that it has occupied at two friction points along the LAC.

The two countries have unresolved border disputes over Arunachal Pradesh in the northeast and in Ladakh. Both have been engaged in dialogues to resolve the issue, but so far there has been no success.

The India-China border covers the 3,488 km-long LAC, which is mainly a land border in most regions, but in Pangong Tso in eastern Ladakh it passes through a lake.

India controls the western portion of the 45-km long lake, while the rest is under Chinese control. Most of the clashes between the two countries have taken place in the Galwan Valley.