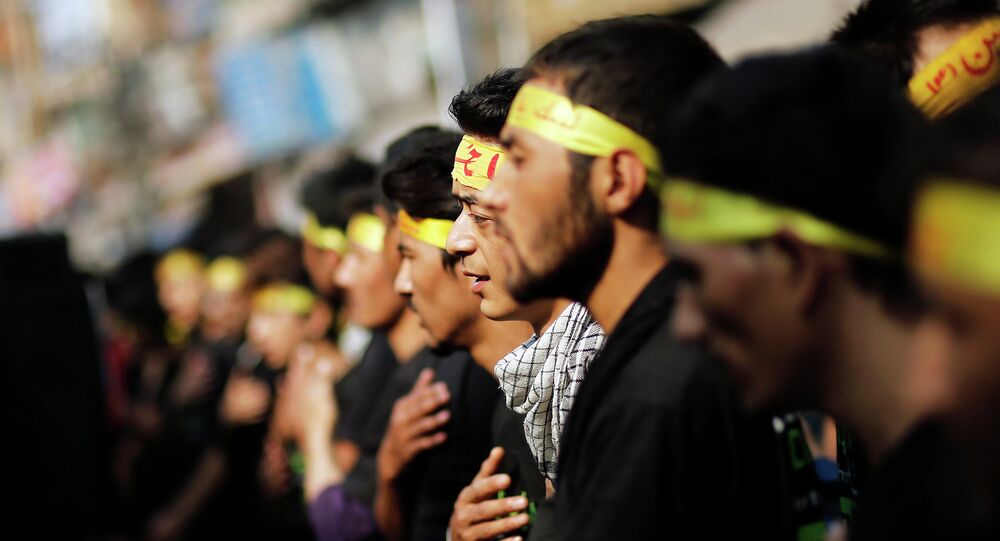 New Delhi (Sputnik): Shia Muslims observe Muharram by mourning the death of the Prophet Muhammad’s grandson, Hussein Ibn Ali, on the 10th day of the first month of the Islamic calendar, falling on 29 August. People gather in streets for processions with decorated “Tazia” - a replica of a coffin - and perform ceremonial chest-beating.

India’s apex court on Thursday did not allow Muharram processions in the country amid a rising number of coronavirus cases in the country, saying it could lead to “chaos” and “targeting of a particular community for spreading Covid-19”.

“If we allow this, there will be chaos and one particular community till be targeted for spreading Covid. We do not want that”, Indian Chief Justice Sharad A. Bobde said.

The statement was an apparent reference to the controversy that erupted after a religious event of the Islamic sect Tablighi Jamaat in Delhi’s Nizamuddin area earlier this year, which became a hotspot of coronavirus cases. Many people blamed the Muslim gathering for "contributing" to one-third of the cases at the time.

The court’s ruling, however, triggered reactions online, as several people questioned the Supreme Court over the decision and called it “bigoted”.

So supreme court of India refuses plea for holding Muharram procession in India. While the Rath yatra for Puri jaganath was allowed. I have to agree here with @pbhushan1 that SC is being bigot toward a particular community.

Why did the community reach out to courts, we're aware of d condition of courts in today. Why did the #Supreme Court allow #Odisha yatra?. #Muharram ceremonies will continue, no court can stop them. All they can do is stop processions where Shi'a Muslims are in small number. https://t.co/J4BXoqYgFC

Others targeted the Supreme Court for allowing college-level entrance exams for medical and engineering students amid the pandemic but cancelling religious processions.

SC on another level denies public gathering for Muharram but allows gathering for Million students.
Who'll then believe in democracy.
Does supreme court follows someone orders?

Petitioners asked the supreme court to allow 5 people for muharram processions. And the supreme court dismissed it.
This doesnt happen in the case of jee and neet exams where 25lakh students are going to appear.#PostponeNEETJEE_Today #PostponeJEE_NEETinCOVID @narendramodi https://t.co/mjSI7dBRUp

A Public Interest Litigation (PIL) was filed by Shia cleric Syed Kalbe Jawad for seeking permission for the Muharram procession, saying the top court had recently allowed Hindus’ Lord Jagannath Rath Yatra (which involves a religious procession) with restrictions amid the pandemic.

He also cited the court’s order on allowing three Jain temples in Mumbai to open during their festival.

However, the Supreme Court’s bench replied: “In both, the petitioners had limited prayers. We cannot pass general directions. Ganesh Chaturthi was not allowed in Tamil Nadu”.

A section of netizens also sided with the court's ruling, saying it would avoid controversy.