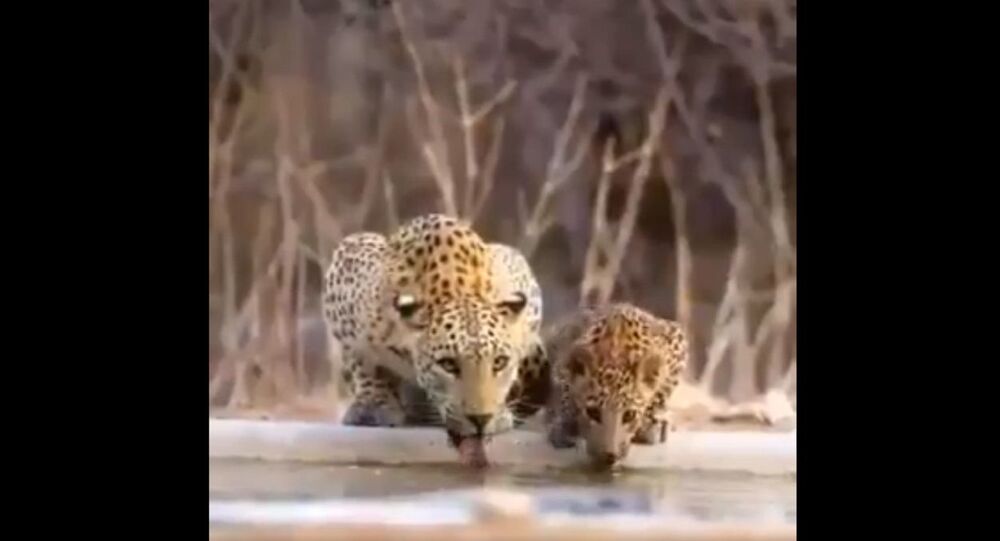 ‘You Look Stunning While Drinking Water', Said No One Ever Until Now: Leopard Duo Graces Twitter

Susanta Nanda, an officer in the Indian Forest Services (IFS), on Thursday shared a 14-second video of pure panache, featuring a mother-cub duo of royal leopards quenching their thirst.

Amid the sounds of birds chirping in the background of what looks like a dense forest, both, the mama leopard and her cub are captured drinking water from a pond while maintaining constant eye contact with the camera.

Mamma leopard with cubs..
And the sound of forests💕

​Nanda did not mention the location where the video was shot. The population of leopards has witnessed a significant increase in India in recent years. Currently, the nation is home to around 14,000 leopards, up from a historical low of 6,000 to 7,000 in the 1960s.