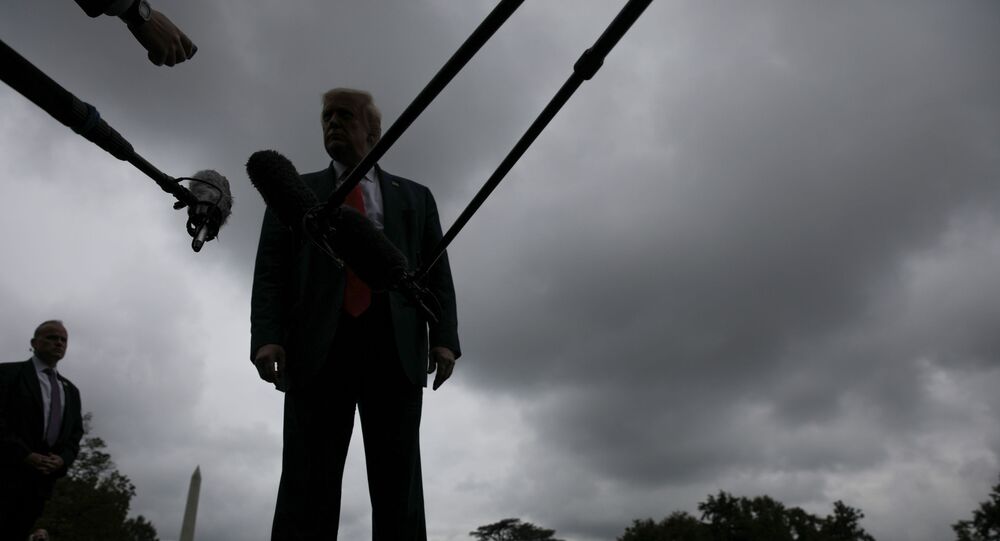 New Delhi (Sputnik): In the run up to the US presidential polls due in November 2020, Donald Trump has been targeting the voting power of Indian Americans, who number over 2 million. From a commercial video to woo the community to the creation of 'Indian Voices for Trump', the POTUS has mounted a high-decibel campaign to get re-elected.

An Indian software engineer was among five people who were granted American citizenship by the United States at a formal ceremony attended by the US President on Wednesday.

The immigrants from India, Bolivia, Lebanon, Sudan and Ghana were administered the Oath of Allegiance by Acting United States Secretary of Homeland Security Chad Wolf, during a ceremony at the White House in the presence of President Donald Trump.

At the naturalisation ceremony, Indian engineer Sudha Sundari Narayanan wore a traditional Indian saree while accepting the Certificate of Citizenship from Trump.

Stating that the newly-sworn in citizens abided by all the laws of the country and embraced American values, President Trump said, "Today American rejoices as we welcome five absolutely incredible new members into our great American family. You are now fellow citizens of the greatest nation on the face of God's Earth. Congratulations."

Talking about the Indian immigrant Sudha, Trump revealed that she came to USA 13 years ago and called her a "very talented software developer".

The citizenship ceremony comes at time when POTUS has relaxed a temporary visa ban for those seeking to enter the US. In June, Trump had signed an executive order banning a variety of visas, including the coveted H-1B most sought after by Indians IT professionals, till the end of 2020 in the wake of the global pandemic.

The Presidential polls, in which Trump is seeking a second consecutive term are scheduled for November 2020. He'll be facing Democratic nominee Joe Biden, who recently nominated Indian-American US Senator Kamala Harris as his Vice-Presidential nominee.