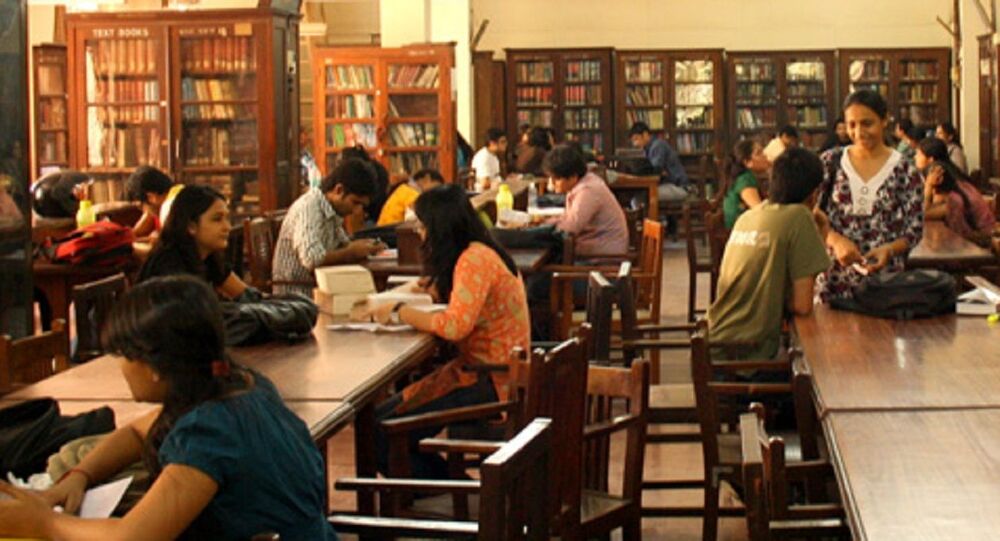 New Delhi (Sputnik): More than a million medical and engineering students in India are spending days in high anxiety and stress after the government decided to go ahead with entrance exams on 13 September. #PostponeJEE_NEETinCOVID has been trending on Twitter and students are calling for the prime minister to intervene.

Students from the science stream in India have been enduring sleepless nights to prepare for the national Joint Entrance Exam (JEE) and National Eligibility Entrance Test (NEET) to secure a place in premier institutes like the Indian Institute of Technology and the All India Institute for Medical Sciences.

With the outbreak of the coronavirus, followed by a complete lockdown since March, students preparing for the exams were uncertain about their future but the  government’s decision to go ahead with the exams despite soaring COVID cases and partial lockdown has added to their woes.

Nitin Mahadev Ghorpade, a medical student from a remote area in Dharwad district in Karnataka, believes it is unfair on the part of government to conduct exams amid the ongoing pandemic.

Ghorpade says it is impossible to take an exam with a mask on for this long, and many students will have to travel and arrange for lodging to reach the exam centre, which raises chances of getting the infection.

As his home state Karnataka has recorded 284,000 cases, 4,810 deaths and is among the worst-hit states in the country, he believes the present scenario has created a situation of unjust competition where people like him and his friends do not have access to online coaching.

He says: “Me and my friends had to leave our coaching centre in the other city and return to our homes after the lockdown. We haven’t been able to prepare for the exam the same way. My friend lives in a village, who doesn’t have a smart phone to access online classes. We have spent so much time on the preparation but we are not confident anymore and we cannot afford missing the exam”.

Students belonging to less well-off groups are complaining about fewer exam centres, infrequent transportation services, expensive lodging services, lack of family income due to lockdown, and insufficient resources to prepare for the exams.

Already stressed out because of the exam pressure, Puja from Siwan district in Bihar, is finding it impossible to study. She says she is worried about reaching the exam centre as her state has only two such facilities and even if she manages to reach there, she will expose her whole family to the virus.

Among social media influencers, celebrities, student groups and politicians is former Minister and member of Parliament Subramanian Swamy who has highlighted the concern of the student community.

Does government realise holding NEET /JEE exams at this juncture favours the children of rich parents in major cities? In the last 5 months the poor and lower middle class children have had no access to internet or ability to go to libraries or collective study. PM can empathise!

It's my request to government of India, to postpone the #Neet/#JEE exams in the current situation of the country! In the given #COVID19 situation, we should care utmost & not risk the lives of students! #PostponeJEE_NEETinCOVID@EduMinOfIndia @PMOIndia

​The government has decided to go ahead with the exam after the Supreme Court of India dismissed a petition by students to defer it due to the COVID-19 crisis. The JEE exam is scheduled for 1 September and 6 September and the NEET for 13 September.

The Supreme Court aid: "The careers of students cannot be put under jeopardy. Life cannot be stopped. We have to move ahead with all safeguards. Are students ready to waste a whole year? Education should be opened up. COVID may continue for a year more. Are you going to wait another year?"

On Wednesday, Federal Education Minister Ramesh Pokhriyal Nishank defended the centre's move to push ahead with holding the all-India exams as a result of "constant pressure from parents and students".

He said students’ willingness to hold exams is reflected in the number of downloads of admit cards - out of 858,000 JEE aspirants, 725,000 have downloaded their admit cards.

Students have slammed the minister for making such claims by saying that they were sent constant reminders to download the admit cards and are now urging others to not download them.

#NEET2020 Admit Cards available 4 Download@EduMinOfIndia claims most students want to appear in exam on basis of no. of Downloads
Irrational Logic 🤔
But what's the hurry?#Dont_Download_Admit_Card if you want#PostponeJEE_NEETinCOVID
Let's see what's the Truth#NEETinPhases 👍 pic.twitter.com/xhGyunrcN3

The chief of India's main opposition Congress party, Sonia Gandhi is set to hold a virtual meeting with the state chiefs of West Bengal, Punjab, Maharashtra, Jharkhand to discuss the issue. The final decision on the exams is expected to be announced in the evening.

However, there is a section of people who believe that the exams should be conducted. The Dean of the International Institute of Information Technology, Naya Raipur, Dr Rajarshi Mahapatra said a delay in entrance exam could lead to losing an expensive academic year and will have a huge impact on careers.

Mahapatra told Sputnik: "We strongly feel that JEE and NEET exams should not be postponed. As the admission procedure in private institutes has already started, it will affect the mental health of the students when they will see their peers begin their studies and they are still reeling under the uncertainty of the exam. Such kind of mental pressure cannot be handled for long”.