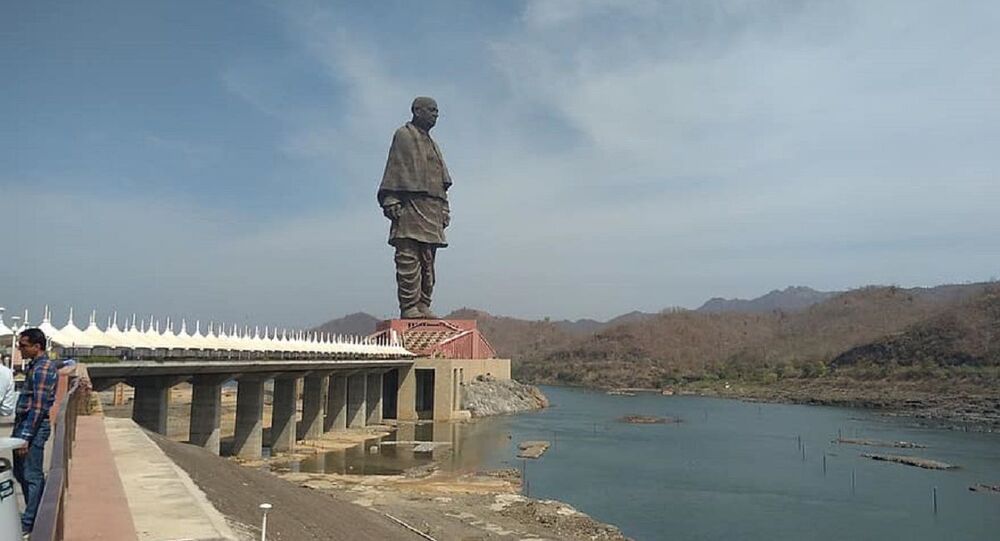 New Delhi (Sputnik): India erected a statue in honor of the country’s first home minister after independence Sardar Vallabhai Patel in Gujarat, the home state of Prime Minister Narendra Modi. Known as the ‘Statue of Unity,’ it is considered to be the tallest statue in the world.

India has handed over security of the Statue of Unity in Gujarat, believed to be the world's tallest statue, to paramilitary troops, following threats from terrorists.

Personnel of the Central Industrial Security Force (CISF), which is mandated with the security of key installations including airports and the metro network in the national capital is to take over the security of the statue.

“With an initial strength of 272 Central Industrial Security Force (CISF) personnel, the unit will provide round the clock armed security cover to the statue,” a senior official of CISF said.

Due to the COVID-19 pandemic, the Gujarat government has banned tourists to the statue but they will be allowed to visit again from 2 September as lockdown restrictions ease.

Built at a cost of US $430 million, the 182 metre (597 ft) tall Statue of Unity is 23 metre taller than China’s Spring temple Buddha statue and twice the height of the Statue of Liberty in New York.

In 2019, the Statue of Unity was included in TIME magazine’s “World’s 100 Greatest Places of 2019" list. Earlier this year it was included in the ‘8 Wonders’ list of the Shanghai Cooperation Organisation.

All 10 Passengers Killed in Paramilitary Plane Crash in India

Indians Divided Over 'Statue of Unity'