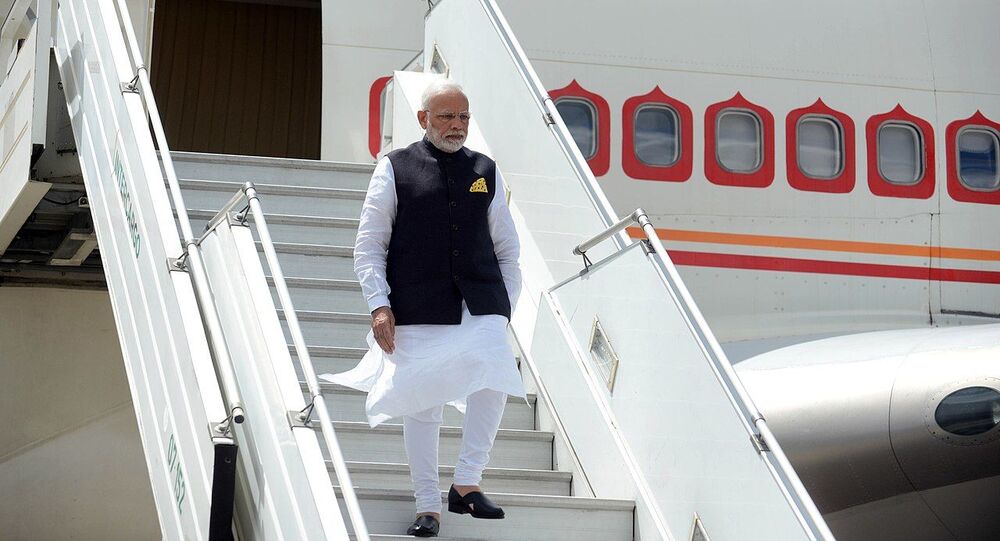 New Delhi (Sputnik): Previously, India used Boeing 747 jets from the Air India fleet to fly VVIPs. These planes were occasionally also used to fly members of the general public. However, the new plane is exclusively meant for the highest dignitaries of the country.

A wide-bodied Boeing 777-300 ER, exclusively meant for VVIPs of the country, such as the prime minister, the vice-president, and the president, is set to arrive in India next week.

The State of the Art , VVVIP🇮🇳 'Air India One' arrives in India Next Week

The aircraft will have Bharat and India written over it, besides the Ashoka emblem

Most likely call sign will change to Air Force One, just like the one used by American Presidents pic.twitter.com/Bt80Z5ZEtw

​A six-member team from Air India and the Indian Air Force left for the US last week to escort the newly-customised Air India One, which is equipped with a missile defence system.

Government sources in New Delhi revealed that the team is in the final stages of finishing the formalities to bring the aircraft home.

That state-of-the-art VVIP plane will be received by Air India officials, but will be operated by the Indian Air Force (IAF), marking a shift from the tradition.

Earlier, India used the national carrier Air India's Boeing 747 for long-haul journeys undertaken by VVIPs. This type of plane couldn't fly consecutively for more than 10 hours and had to make a stop for refuelling.

However, with the capacity to fly for 17 hours in one go, unlike the Boeing 747, the Air India One aircraft is equipped with an advanced communication system, a reconfigured cabin with large aircraft infrared countermeasures, and self-protection suites (SPS).

The plane's advanced electronic warfare suites are also much talked about as they allow the plane to not only defend against an attack on the aircraft, but also deploy countermeasures. The aircraft's body will bear India's national emblem and will have Bharat (India) inscribed on it.

Meanwhile, for shorter distances, India will continue to use the Indian Air Force's VVIP fleet of Boeing business jets and Embraer executive jets.