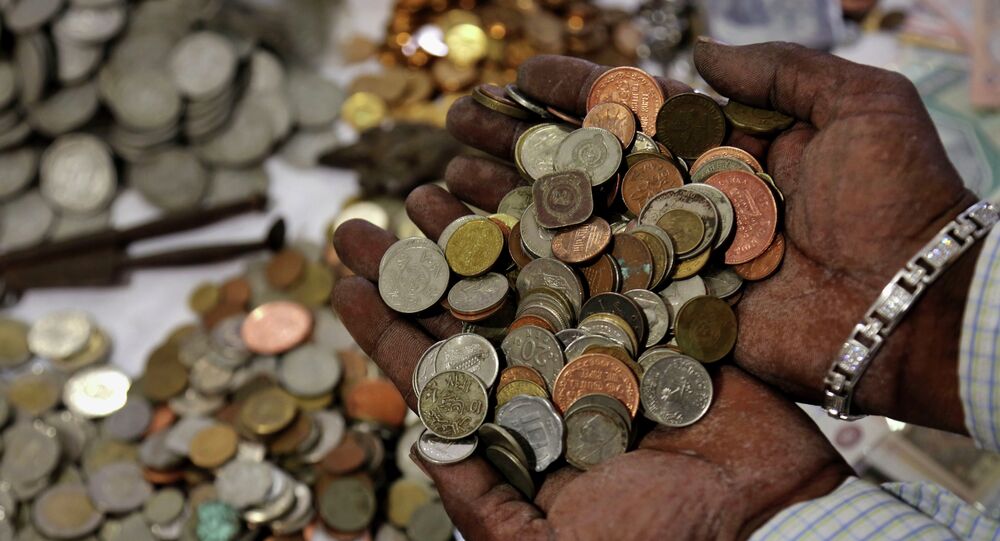 New Delhi (Sputnik): To help the economy and industry tide over the crisis caused due to the COVID-19 pandemic, Prime Minister Narendra Modi on 12 May announced a stimulus package worth $266 billion. It included a number of measures to handhold small businesses and the agriculture sector amid the pandemic.

Banks and financial institutions have disbursed over $13.3 billion under the emergency credit scheme backed by a sovereign guarantee, the government of India revealed on Thursday.

The government-backed credit scheme, launched as a part of Indian Prime Minister Narendra Modi's $266 COVID-19 economic stimulus, has seen active participation from private as well as public banks who have jointly sanctioned credit worth $20 billion since the announcement of the package in May.

The federal Ministry of Finance in a statement on Thursday said: “Under the 100% Emergency Credit Line Guarantee Scheme (ECLGS) backed by a Government of India guarantee, Banks from Public & Private Sectors have sanctioned loans worth over $20 billion as of 18 August, 2020, of which more than $13.3 billion has already been disbursed”.

Of the total amount, public sector banks (PSBs) have sanctioned loans of $10.14 billion, of which $7.23 billion has already been disbursed.

India’s private sector banks, meanwhile, have sanctioned loans of $9.86 billion, of which $6.10 billion has already been disbursed.

A senior official in the Finance Ministry official told Sputnik that the sanction and disbursement figures show the resilience and appetite for growth in the Indian economy even as it is in the grip of the pandemic.

India’s economic growth was slowing even before the COVID-19 pandemic hit the country. GDP growth has gone down from over 8 percent in early 2018 to 3.1 percent during January - March 2020.

The country’s economic growth is projected to contract in the current financial year (April 2020 - March 2021), according to various estimates.

Goldman Sachs, Nomura, and Fitch Ratings forecast that India's growth will contract by up to 5 percent in 2020-21.

Nomura has said that India is unlikely to achieve pre-pandemic levels of growth for the next three years.