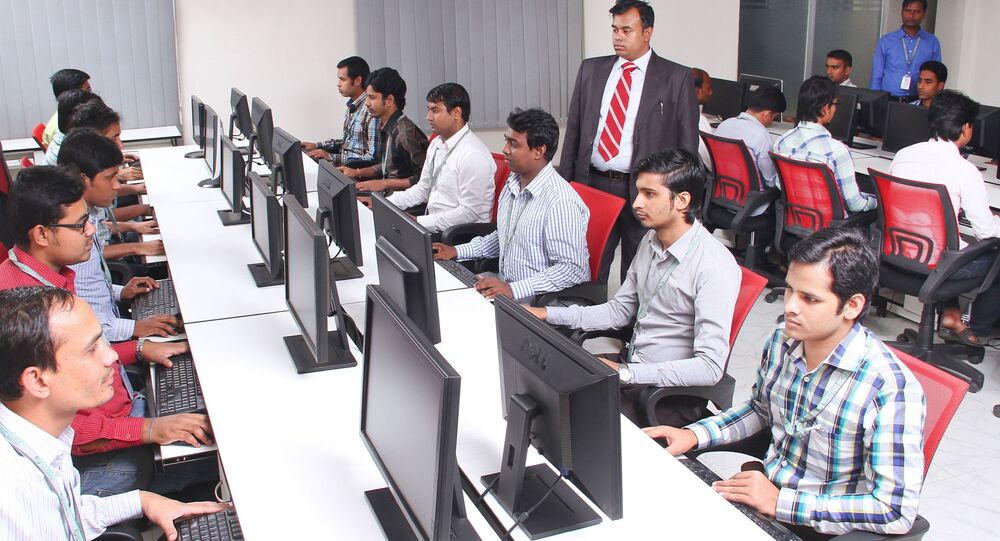 New Delhi (Sputnik): Days after announcing major reforms in the country’s education system for the first time in decades, the Indian government will now simplify the complicated process for government job-seekers appearing for multiple exams, paying repetitive fees, and travelling to various districts to reach centres.

The Indian government on Wednesday gave a go-ahead to the proposal of setting up a National Recruitment Agency (NRA) to ensure that there is a common examination for government jobs and that the recruitment process becomes streamlined.

The newly-formed agency will have a 24/7 helpline to address grievances and will hold mock tests to help rural candidates. The exams will be conducted in 12 languages initially and will later be expanded with more regional languages.

The score will be valid for three years and there will not be a bar on the number of attempts to improve the score. However, an upper age limit will apply.

The Union Cabinet’s decision was termed as “historic” by Information and Broadcasting Minister Prakash Javadekar, saying the sweeping changes will pave the way for "youngsters of the country find jobs easily”, eliminating decades-old complicated processes and hassle.

Central Minister Dr Jitendra Singh described the NRA as one of the “most landmark reforms in the history of independent India”, saying that it will bring in ease of recruitment, selection, job placement and ease of living for the disadvantaged sections of the society.

C. Chandramouli, secretary to the central government, explained that currently Railways, Banks and Staff Selection Commission (SSC) exams will be brought under the newly-formed agency.

"There are more than 20 recruitment agencies in the central government. Right now, we are bringing three agencies under the National Recruitment Agency and will eventually bring all of them under it", he said.

In India, there are almost 125,000 vacancies every year in non-technical jobs for railways, banks, and other services in various ministries for which 25-30 million people apply.

The Indian government in July unveiled its New National Education Policy (NEP), introducing major reforms in the education system by opening doors for top foreign universities to set up campuses, discontinued the M.Phil degree, and making the selection of science, commerce, and arts more flexible.