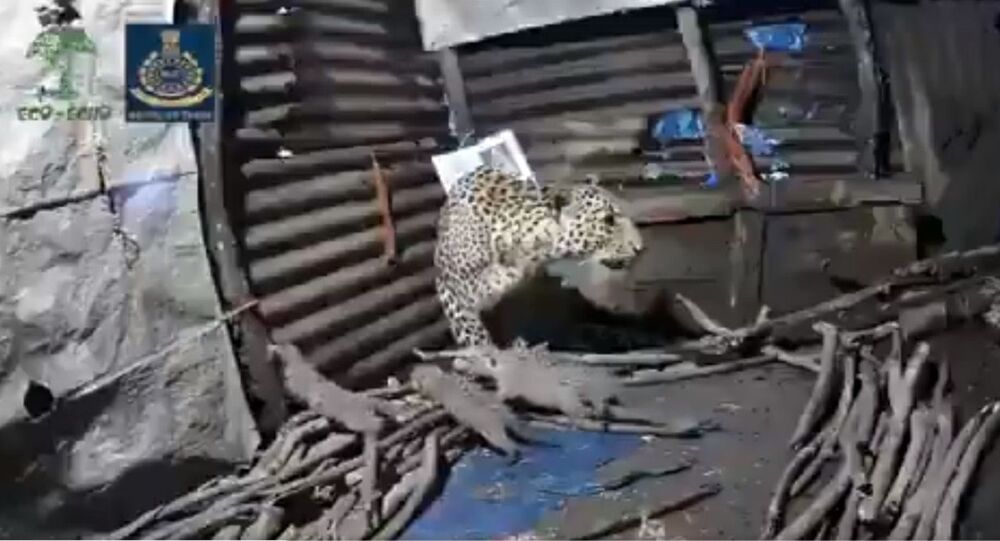 Because Home Births Are So Popular Right Now? Mama Leopard Has Babies in a Hut in India

New Delhi (Sputnik): An awe-fest has been unleashed on Twitter in India, after the birth of four new leopard cubs reached social media from the western part of India, Maharashtra.

A majestic leopard mama, who appeared to have escaped the wilderness for her delivery, gave birth to four healthy babies inside an old hut, not in regular use, located in the Igaturi area of Maharashtra’s Nashik.

Forest officials have revealed to the media that they are waiting for the mother leopard to take her babies back to the jungle.

“Due to cubs, we cannot catch the leopardess now", media reports have quoted Ganeshrao Jole, Forest Department Officer from the region as saying on Wednesday.

A 51-second video clip from inside the hut has made its way to Twitter. The clip shows the newborn cubs rolling on the floor and cutely attempting to walk while their tired mother is cleaning herself by licking her black and golden spotted fur. Watch.

​The video has left netizens gleaming with joy. If only they could WhatsApp their love to the mama leopard.

Yesterday, 4 #leopard cubs were found in abandoned
house in Igatpuri taluka, #Nashik. @MahaForest officials are trying to reunion the cubs with their mother. They are surveying this place & camera traps have been set. @vidyathreya @nikit_surve @singh_sonu @ranjeetnature pic.twitter.com/Mhqfp9D2qO

Lots of love and blessings to mommy and kisses to the babies. May they thrive and return to the jungle soon.

​An NGO called Eco Echo from Nashik is helping the Forest Department to observe the situation inside the shed. A camera has reportedly been set up by the NGO inside the hut to monitor the babies and the leopardess.

Locals have been asked to stay away from the area for the time being.