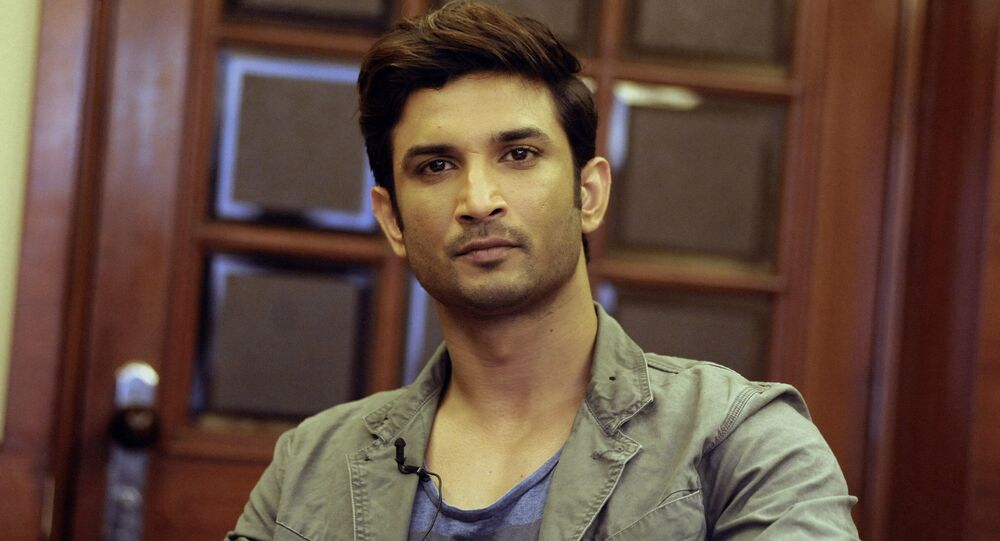 New Delhi (Sputnik): India’s apex court has ordered a probe by a national agency into the death of Bollywood actor Sushant Singh Rajput. Upholding the sanction of Bihar for a probe by the Central Bureau of Investigation (CBI), on a petition filed by Rajput’s father, the court directed Maharashtra police to hand over the case files to the CBI.

Fans of Bollywood actor Sushant Singh Rajput hailed the verdict of the Supreme Court of India on Wednesday, handing over an investigation into his death to the Central Bureau of Investigation (CBI).

Nita Ambani, social activist and wife of Asia’s richest businessman Mukesh Ambani, tweeted that the "CBI for Sushant will be the first step, not the end. Movement against Bollywood Mafia will continue".

CBI for Sushant will be the first step, not the end.

Movement against Bollywood Mafia will continue.#1StepToSSRJustice

​The lawyer, who represented the deceased actor’s father said it is "a victory for Sushant Singh Rajput’s family".

​Bollywood’s Akshay Kumar, Kangana Ranaut, and Ashoke Pandit were among those who took to social media to express their satisfaction with the ruling.

Humanity wins, congratulations to each one of SSR warriors, first time I felt such strong force of collective consciousness, AMAZING 👏👏👏#CBITakesOver

On behalf of millions of truth seekers across the world who are devastated by suspect death of #SushantSinghRajpoot, I express my gratitude to Hon CM Shri @NitishKumar for having recommended a #CBI enquiry. #CBITakesOver pic.twitter.com/BHL0c3nd1R

​Rajput, 34, was found dead in his flat in suburban Bandra, Mumbai on 14 June. Mumbai police had filed a case for an unnatural death, while Rajput’s father lodged a complaint in Patna against his son’s girlfriend Rhea Chakraborty for allegedly abetting the actor's suicide.

The top court also dismissed Chakraborty’s plea seeking a transfer of the case filed against her in Patna to Mumbai and a stay on investigation by the Bihar police about a complaint made by Rajput’s father.