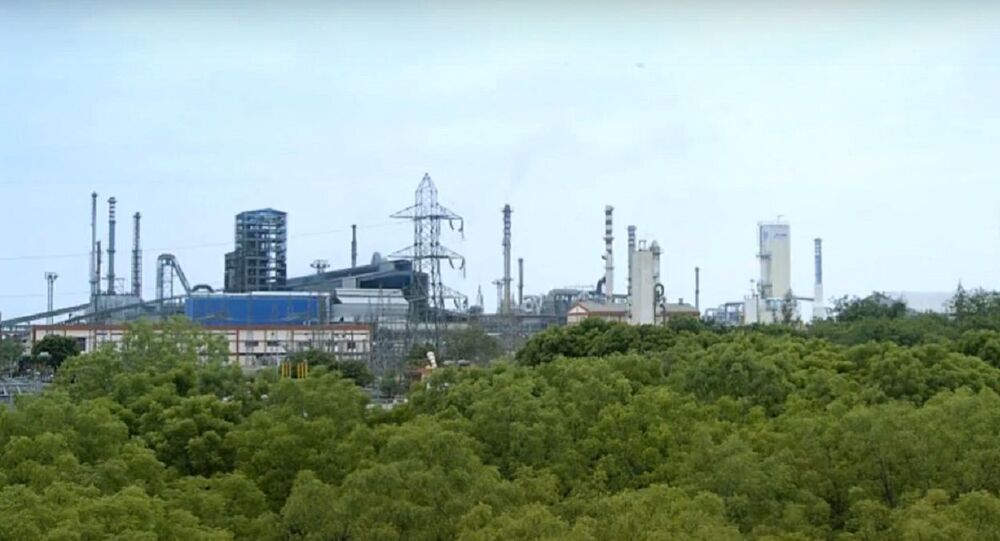 New Delhi (Sputnik): The sterlite plant owned by Vedanta, the largest custom copper smelter in India, was shut down in 2018 after 13 local protestors were shot by police while demonstrating against emissions.

The Madras High Court on Tuesday refused to allow India's largest Sterlite copper smelting plant to resume operations in Tamil Nadu's Thoothukudi, in response to a plea challenging its closure.

The judgement which has been reserved for seven months now, was due to be pronounced on 11 March, but was delayed due to the ongoing pandemic.

"We firmly believe in the safe and environmentally sound nature of our operations and are discouraged by the willful reliance on anecdotal evidence and half-truths by certain parties to spread falsehoods against our operations," Pankaj Kumar, CEO of the Sterlite Copper said after the verdict while terming it as "utterly shocking".

In May 2018, the Tamil Nadu government directed that the plant be permanently closed after 13 local protestors demonstrating against emissions were shot by police. The factory was facing protests over environmental concerns for several years prior to that. But the company's announcement to double its capacity exacerbated the protests.

Vedanta has maintained that the government's order to shut down the plant was a "knee-jerk" reaction to the shootings and that no evidence has been provided to prove the environmental damage charge against the plant.

The plant which was set up with an investment worth $400 million, comprises almost 40 percent of the country’s copper smelting capacity. This has raised concerns about the economic impact of the decision on copper imports, employment and the daily loss incurred by the company.

Ravi Singh, Vice President and Head of Research at Karvy Stock Broking tells Sputnik that as India is facing falls in industrial and manufacturing output, imports this year and next may not reach the levels of previous years.

"The country is incurring a whopping $1.86 billion (INR 14,000 crores) in forex to import the deficit copper. About 15,000 people are employed directly and indirectly based on the copper smelting facility who are at a loss now due to the closure of the plant," Singh said.

He added that there might have been growing demand if if not for COVID-19, but when the lockdown is lifted and the industrial and construction activities resume to pre-COVID levels, the demand for copper will rise again.

The industry expert says that the negative effects of pollution cannot be discounted, given the negative economic impact due to the Tuticorin plant's closure, and says that all parties need to urge the courts to fastrack the case to reach an amicable solution.