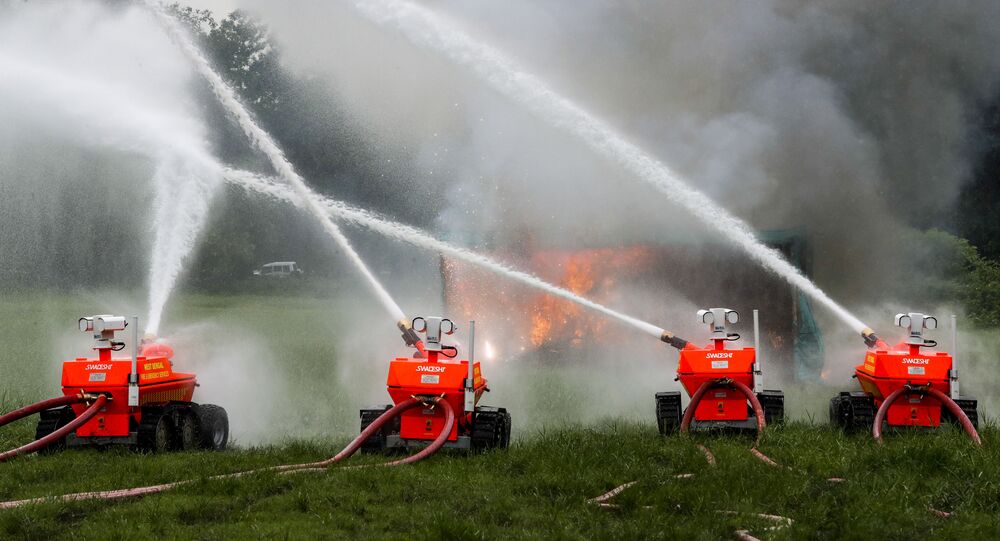 A fire broke out on the 6th floor of the Parliament House Annexe building and five fire tenders were rushed to the spot on Monday morning, officials said. The Parliament Annexe Building is in a high security area in central Delhi.

The fire was reportedly due to an electrical short circuit. Further details of the damage are awaited.

Last year, Delhi witnessed massive fire incidents, wherein many died or sustained injuries due to narrow structures in high-density areas like Shahdara and Seelampur in East Delhi. However, this was followed by an inspection by the Delhi Fire Service that found high-security buildings including the Parliament House Annexe, Vayu Bhawan, Sena Bhawan and offices of various central ministries in Lutyens' Delhi ranking low fire safety.

According to the DFS list, Lutyens' Delhi alone has more than 100 such buildings. DFS chief Atul Garg said that these buildings do not require a 'No Objection Certificate' (NoC) due to their age.