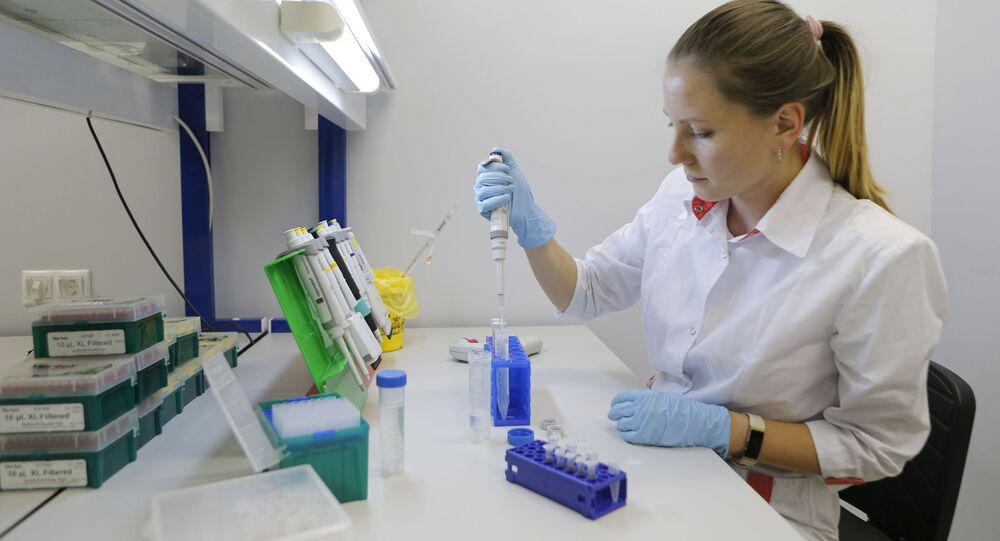 MOSCOW (Sputnik) - The Indian ambassador to Russia, Venkatesh Varma, stated that discussions with the head of the Russian Direct Investment Fund (RDIF), Kirill Dmitriev, on the topic of bilateral cooperation on a potential vaccine against COVID-19 were productive, and that he hopes for a positive outcome.

"I had a productive discussion with CEO of RDIF, Mr Kirill Dmitriev and we are hopeful of a positive outcome", Varma commented.

Indian companies have asked the Russian Direct Investment Fund (RDIF) to provide the technical details of Phase 1 and Phase 2 clinical trials of Russia’s Sputnik V vaccine, the world’s first registered vaccine against COVID-19, which could allow for production to take place in India for export and domestic use, sources at the Indian Embassy in Moscow told Sputnik.

On Tuesday, Russia became the first country in the world to register a vaccine against COVID-19. The vaccine, which is being produced by the Russian Microbiology Research Center Gamaleya, entered Phase 3 of clinical trials on Wednesday.