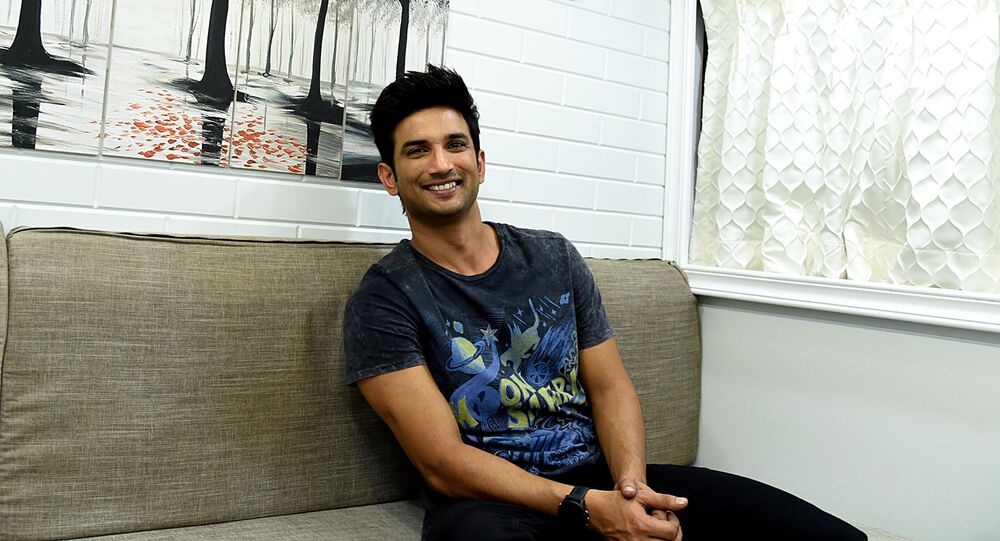 New Delhi (Sputnik): Bollywood actor Sushant Sigh Rajput was found dead at his apartment in Mumbai on 14 June. The death of the actor, who was reported to be struggling from depression, led to a demand for a high-level probe into the case by India's Central Bureau of Investigation (CBI).

Indian politician in Mumbai, Sanjay Raut, took a dig at the CBI probe into the Sushant Singh Rajput suicide case and said that Mossad, Israel's spy agency, and KGB, the Soviet Union's secret service, should also be roped into the investigation into the case.

Terming the CBI inquiry into Sushant's alleged suicide as "illegal", the leader of political party Shiv Sena said, "Bring Mossad and the KGB too. There is nothing to hide. We are not opposing the CBI. When the Mumbai police is [sic] already on the job, what will the CBI do?"

The remark comes after the lawmaker was served with a legal notice by a close relative of Sushant for a controversial article written by him against the actor's family. The piece penned by Raut addressed the 34-year-old actor's "strained" relationship with his father.

The Shiv Sena leader and his political party have been against the CBI probe into the case, stating that Mumbai police are efficient enough to carry out the job. While Sushant died in Mumbai, a FIR was registered by his family in Bihar, the actor's hometown.

© AP Photo / Ajit Solanki
Report Showing Assault Marks on Sushant Singh's Body Should Go Before Magistrate - Centre to Court
India's top probe agency CBI recently took over the case and re-registered the Bihar police FIR in which charges were pressed against Sushant's ex-girfriend Rhea Chakraborty and her family for alleged criminal conspiracy and assisting a suicide.

The family has alleged that Rhea and her family exploited Sushant financially, but the actress has denied the charges. India's economic intelligence agency has also registered a case against Rhea and six others following "unexplained transfers" of money. Rhea has denied all the charges and maintained that she has faith in the judiciary to deliver justice.

Meanwhile, the Bihar police have also given a written submission to the apex court in response to Rhea's appeal seeking transfer of the FIR lodged against her in Patna to Mumbai.

Bollywood actor Sushant Singh Rajput was found hanging from the ceiling fan at his residence in Mumbai on 14 June. His death was officially ruled a suicide, as the actor was reportedly battling depression.