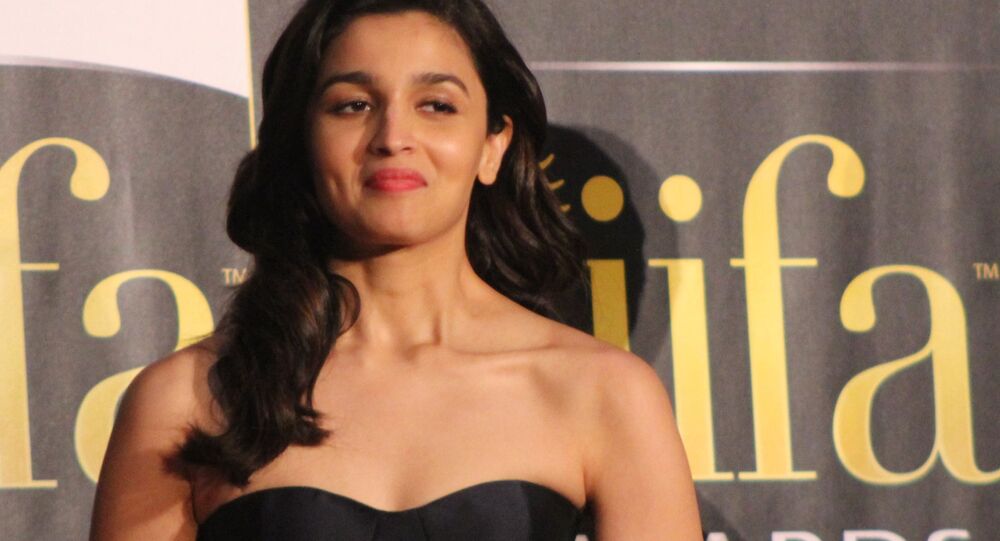 New Delhi (Sputnik): The mysterious death of Sushant Singh Rajput has triggered a debate around nepotism in Bollywood, with celebrity kids and directors launching them in the industry coming under fire for promoting a "toxic" culture in the industry, leading to a division between "insiders" and "outsiders".

A trailer for the movie "Sadak 2" starring Bollywood actress Alia Bhatt has become the most disliked film trailer on YouTube, getting more thumbs down than up since being released on 12 August.

The dislikes surged exponentially from 4.4 million in 24 hours of its release to 6.1 million on Thursday.

The upcoming movie set the grim record after becoming embroiled in the Sushant Singh Rajput death controversy. The young actor was found dead in his apartment on 14 June in circumstances pointing toward suicide, however, a criminal inquiry has since been launched in the case.

© AP Photo / SUJIT JAISWAL
The Story So Far: Dramatic Twist & Turns in the Case of Bollywood Actor Sushant Singh Rajput
The film is directed by Alia's father Mahesh Bhatt, who has been at the centre of the Sushant Singh Rajput controversy. Sushant's ex-girlfriend Rhea's pictures with Mahesh Bhatt went viral on social media, with Sushant's fans suspecting foul play in the actor’s death.

"Sadak 2" is Bhatt's directorial return after a two-decade hiatus. It's the sequel to his 1991 film starring Sanjay Dutt and Pooja. The film, which was intended for a theatrical release, will be released on Disney+ Hotstar on 28 August due to the coronavirus pandemic.

The untimely and sudden death of 34-year-old actor Sushant Singh Rajput on 14 June was attributed to depression triggered by some elites in the entertainment industry. After his passing, netizens were quick to post screenshots of Sushant's interviews, casually mentioning how he wasn't invited to the social gatherings of Bollywood's inner circles on social media.