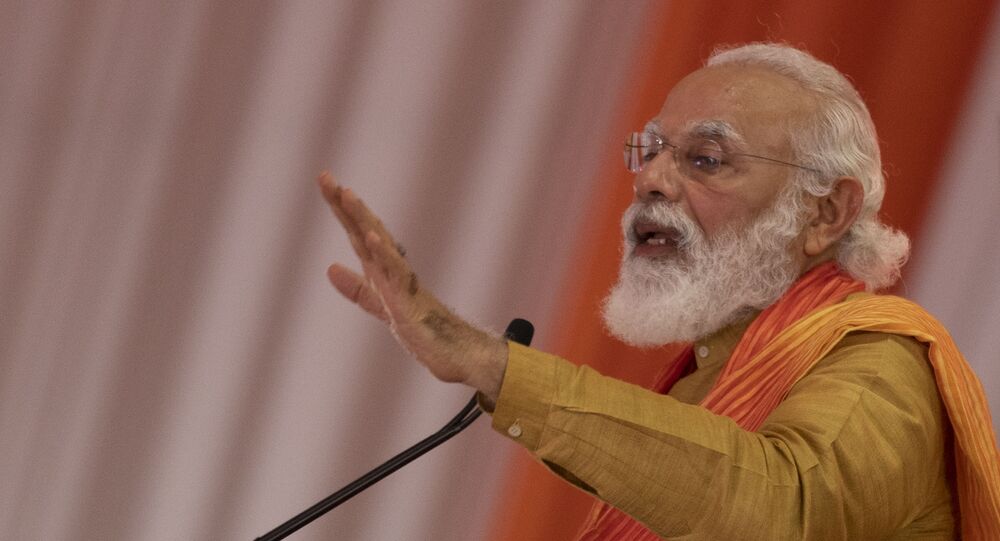 Ruing the fact that only a “minuscule” portion of the Indian population pays income tax, Prime Minister Narendra Modi has urged the people of the country to think about it, while appealing to those who are capable of paying to come forward and pay their taxes diligently.

Launching a system of faceless income tax assessment, appeal, and a citizen’s charter on Thursday, Prime Minister Modi said, “In the last six years, the Indian tax administration has developed new governance models. With the help of the department’s efforts almost 25 million more people are filing income tax returns. This is a big increase. But it is still minuscule as out of the total population of 1.3 billion only 15 million people are paying taxes”.

According to data from the Central Board of Direct Taxes – the apex tax policy body in India – the number of people who paid income tax in the country has declined by 55 percent from 32.9 million in 2018 to about 14.6 million in 2020.

Hinting that the new IT-based system will lead to transparency in tax administration, he said, “These are big reforms in the tax administration. Adopting unfair means to avoid taxes is not the right approach”.

India has targeted a direct tax revenue of $176 billion in the current financial year (April 2020 – March 2021). However, owing to the COVID-19 pandemic, the country has taken a significant hit in the advance tax collections for April – June 2020, which was down 32 percent compared with the same period last year.

Both corporate advance tax and personal income tax have come down. The CBDT, in fact, has asked field offices to tabulate a monthly target of tax collection and work on it.

Among the other revenue measures is a direct tax amnesty scheme announced by Finance Minister Nirmala Sitharaman in the country's annual budget in February. It aims at a government revenue mop-up by settling tax litigation cases pending at various Indian courts.

As per an estimate, the scheme will help the government unlock revenues worth $131.26 billion that have been stuck in tax litigation over the past several years.