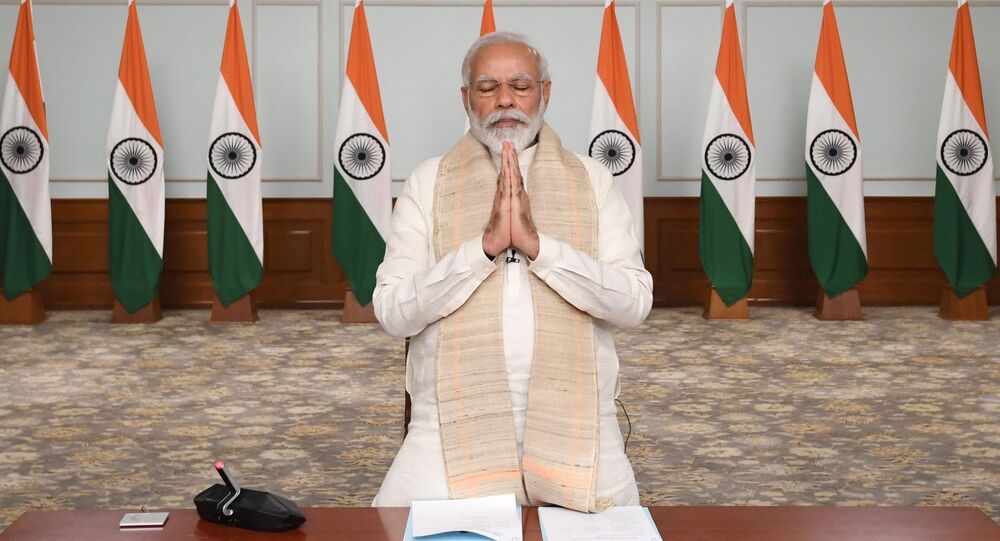 New Delhi (Sputnik): In order to help businesses and the economy fight the COVID-induced slowdown, the Indian government and apex bank, the Reserve Bank of India (RBI) have taken a number of measures. While the government announced a $266 billion package, the RBI has injected liquidity worth $127 billion into financial markets.

Indian Prime Minister Narendra Modi, who unveiled a $266 billion stimulus package in May to help the economy recover from the fallout from the COVID-19 pandemic, is all set to provide yet another boost to the economy.

Sources in the Indian Finance Ministry have told Sputnik that proposals for higher spending on infrastructure, defence, and manufacturing are being worked out and will be announced soon.

A source from the ministry revealed on condition of anonymity that "mega investment in infrastructure like construction of highways, railways, real estate projects, are being planned so that the economy gets a push while creating jobs at the same time. Policy impediments in manufacturing are also being identified and will be eased out to provide a fillip to the local manufacturing".

The source pointed out that the government is also working on higher defence procurement measures from domestic suppliers. Nevertheless, the process to increase the domestically produced products have already been started as Indian defence ministry has announced a list of 101 equipment that will not be imported. It has created a budget of $7 billion for domestic capital procurement in the current financial year as well.

Covid-19: Fresh Sector Specific Economic Stimulus May Be Needed in India, Say Analysts
Some relief is also being expected on the tax front, though sources point out that the changes may be predominantly administrative in nature and not related to tax rates.

In the wake of the COVID-19 pandemic, Prime Minister Narendra Modi unveiled a $266 billion economic stimulus package on 12 May. The package included mega relief to micro, small, and medium organisations as well as the agricultural sector.

Additionally, the banking regulator, the Reserve Bank of India, too has injected liquidity worth $127 billion into Indian financial markets since February of this year.

The RBI measures included reducing lending rates by 1.15 percent and granting a moratorium on bank loans for a six-month period between March and August as a relief to those who are finding it difficult to pay back the loans due to the pandemic.

Ever since the announcement of the first stimulus package by Modi, Finance Minister Nirmala Sitharaman has been meeting various segments of the economy to receive feedback and gauge the measures needed by the various sectors of the economy.