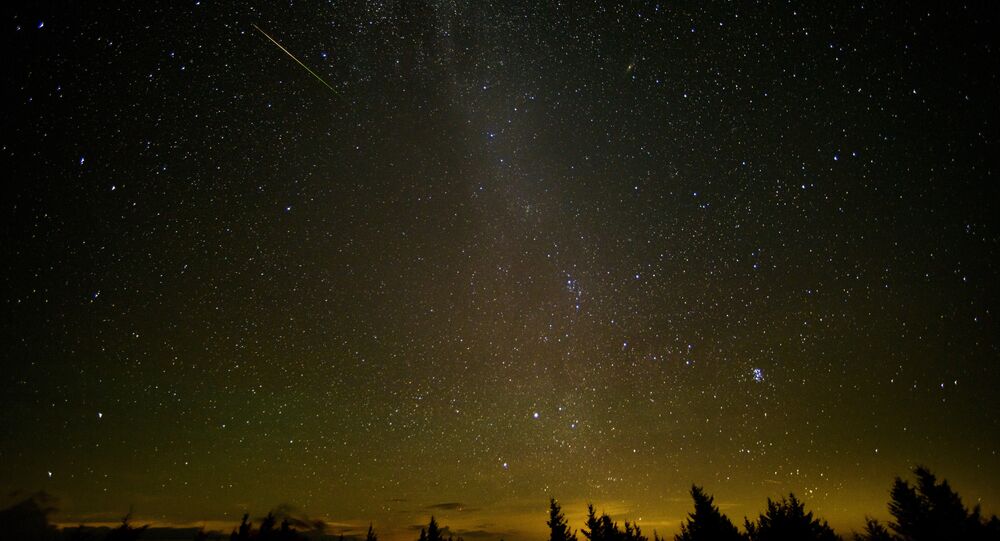 New Delhi (Sputnik): In July, a five-kilometre wide comet, named Neowise by US space agency NASA, started its galactic voyage past Earth. The bright inter-planetary snowball which treated humans around the world to its spectacular glimpses is now ready to bid adieu to the Milky Way with a "laser show" for us.

August has brought along this year’s brightest meteor shower called “Perseid”, which is set to light up Indian skies for next two nights, Tuesday and Wednesday.

Maximum visibility of this annual celestial laser-like show will be around 2 a.m. until just before daybreak.

Look to the sky on Tuesday night to see the Perseid meteor shower. pic.twitter.com/roLFKrT6B0

​The meteor shower will be bright enough to be seen by the naked eye, however, monsoon clouds could obstruct clear views.

Netizens are so excited about the upcoming celestial event that they have already started spreading the news on social media.

It's a great time for starwatchers because the Perseid meteor shower will soon be giving us a celestial treat, as the NEOWISE comet fades upon its exit from our solar system. If the sky is clear, India could witness the shower
on Aug 11 with the best time to watch it from 2 AM

​Meteors are basically part of meteoroids, which are space objects composed of dust and range in various sizes. When these meteoroids enter the Earth’s atmosphere they are referred to as meteors.

Meteoroids travel at high speeds into the atmosphere and burn up resulting in bright streaks of light, known as a meteor shower.

The Perseid meteor shower is caused by debris left behind the comet Swift-Tuttle. The debris can travel to our planet’s atmosphere at a velocity of around 130,000 miles per hour.

Don't miss event for all of you guys...

THE PERSEID METEOR SHOWER IS INTENSIFYING: Last night, NASA all-sky cameras recorded 30 Perseid fireballs over the USA. This is a sign that Earth is moving deeper into the… https://t.co/aDA19NcS6k

NASA's official Facebook will be live streaming the meteor shower.