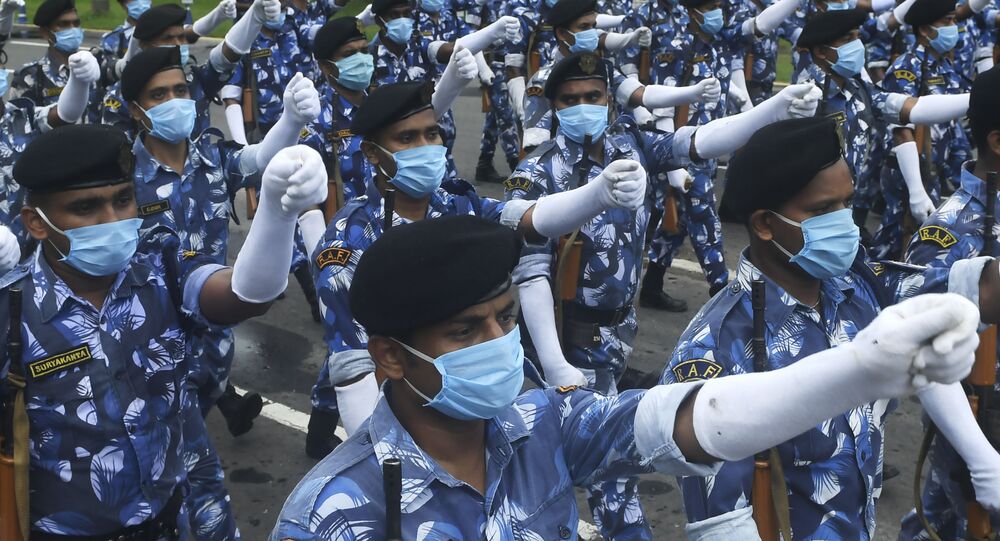 New Delhi (Sputnik): Delhi Police held an interstate meeting with neighboring states focusing on sharing intelligence on the interstate gangs operating in the National Capital Region. The states shared notes on incidents related to the supply of illegal arms, narcotics and the illegal sale and manufacturing of liquor.

Ahead of India’s 74th Independence Day commemorations, security agencies have put in place a plan to prevent any mishaps during Prime Minister Narendra Modi’s annual address from the ramparts of Delhi’s Red Fort.

The move has come amid threats of terror attack and ongoing border tensions with China and Pakistan. Five key measures being undertaken for D-day (15 August) include:

Ban on Aircraft and Drones

The ban was imposed after it was reported that certain criminal, anti-social elements or terrorists, posed a threat to the safety of the general public, dignitaries and vital installations.

With public transport shut and an increase of movement by road across state borders, Delhi Police have launched a coordinated drive for border checking.

"Extra personnel have been deployed at the borders who are carrying day and night checking at the borders and keeping a close eye on suspicious vehicles," a senior Delhi Police officer said.

The national capital has been placed on high alert with bomb squads and dog squads an an increased police presence, with intensive and coordinated checking at vulnerable points.

“Strict and thorough checking at the hotels, high-rises, markets and roads is being done. Sensitisation of cyber cafe owners, security guards, second-hand car dealers and mobile dealers among others in order to strengthen counter-terrorism measures,” the officer told Sputnik.

Police have started the tenant verification drive across the city during which they have also urged people to be extra vigilant and share any input on any suspicious person or activity.

"The personnel are also making announcements on loudspeakers to spread awareness about tenant verification,” a senior police official said.

Police are also carrying out flag marches with a main focus on keeping a close watch on anti social elements.

"The personnel have been asked to keep a close to keep a watchful eye on the movement of drones and other flying objects from the open areas on the day of the function and share advance information about the movement of any suspicious elements,” the official told Sputnik.

This year, theIndependence Day will be celebrated while adhering to social distancing norms due to the COVD-19 pandemic. The celebrations at the iconic Red Fort will see fewer participants joining the event.

The authorities have invited around 1,500 COVID-19 warriors to the programme while school children have been asked not to attend due to the COVID-19 situation.

Security officials have also installed over 300 CCTV cameras in and around the Red Fort.