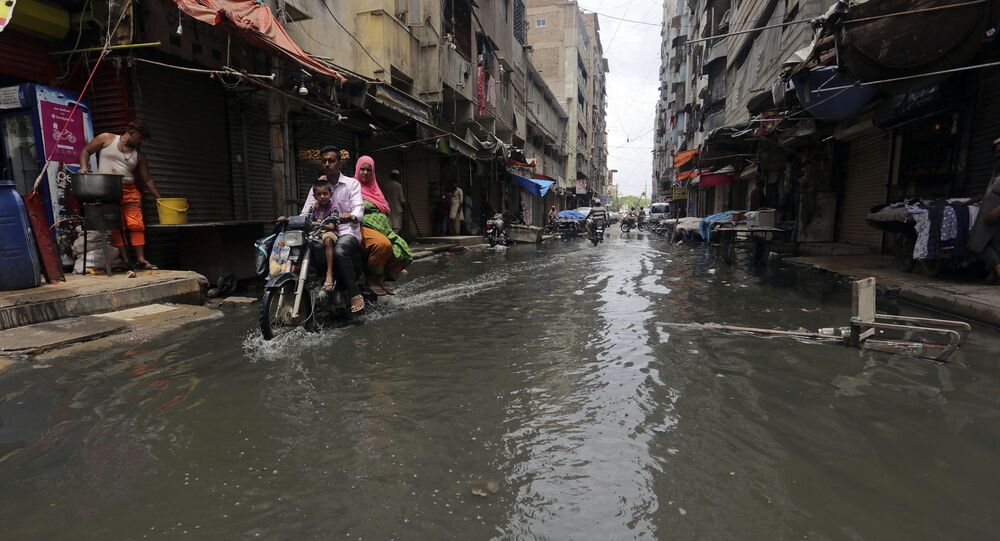 New Delhi (Sputnik): Pakistan had been experiencing heavy rainfall through last week, disrupting normal life in several regions. According to federal Meteorological Department, the rainfall would continue during the next 72 hours. Pakistan’s National Disaster Management Agency said almost all rivers are flowing above danger mark.

Fifty-eight people have lost their lives in severe floods across Pakistan, which has disrupted normal life in Karachi, the capital of Sindh province, and the eastern city of Lahore. Several neighbourhoods within these cities were inundated by heavy rains.

According to Pakistan’s National Disaster Management Agency (NDMA), 58 persons including 19 women and 9 children have lost their lives in recent flood-related incidents. However, the media reports put the death toll at 64.

​The worst-affected area was Khyber Pakhtunkhwa province, with 19 deaths, followed by Sindh (12), Gilgit Baltistan (10), and Balochistan and Punjab provinces, which reported eight deaths each.

​Pakistan’s national weather agency has warned that a heavy downpour followed by flash flooding could be expected in eastern and coastal Balochistan until Monday.

​Pakistani Prime Minister Imran Khan has called up the armed forces to deal with the flood by providing relief and rescue operations.

In Balochistan, flooding had damaged several bridges and breached highways, cutting off Gawdar, a port city on the Arabian Sea.