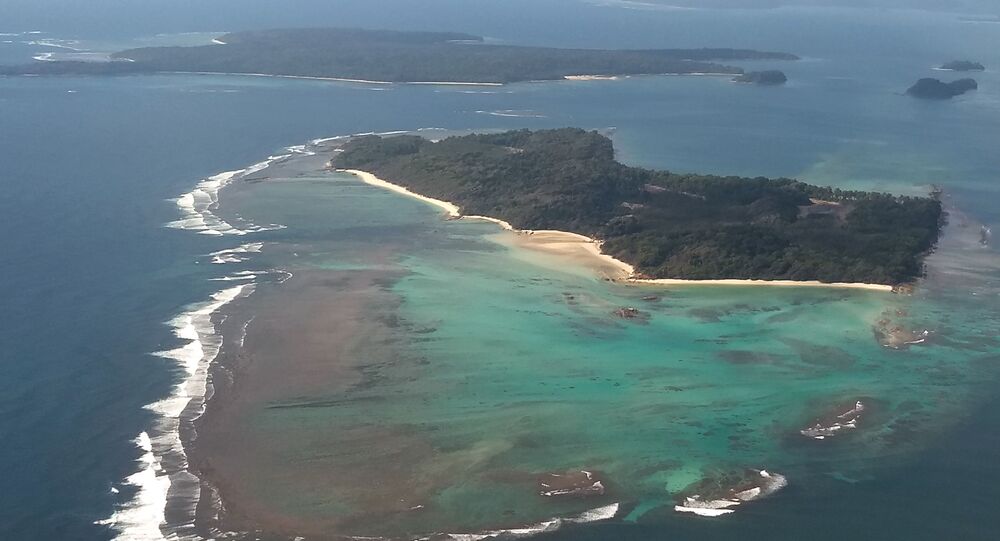 New Delhi (Sputnik): As of 2020, over 54.29 percent of India’s population has internet access. The digitalisation of the densely populated country has been quick due to the ever-increasing availability of bandwidth, the cheapest data plans in the world, and the government’s “Digital India” campaign.

Marking another milestone in India’s digital transformation, Prime Minister Narendra Modi on Monday inaugurated the ‘Submarine Optical Fibre Cable’ in the Andaman and Nicobar Islands – a cluster of roughly 300 islands located in the Bay of Bengal.

OFCs (optical-fibre cables) are used to transmit light. Typically, the elements in optical fibres are coated with plastic layers and protected by container tubes suitable to the environment where these cables are deployed.

What to Know About the Sea Internet Cable Project

With this inauguration, PM Modi aims to ensure high speed internet connectivity and better telecom networks in the otherwise comparatively underdeveloped region of the Andaman and Nicobar Islands – which welcomes a large number of tourists from around the world. As of now, the islands remained plagued by slow internet and mobile connectivity because of the limited bandwidth provided via satellite.

© AP Photo / Gautam Singh
Chinese Presence in Andaman Sea May Cause Unintended Submarine Encounters - Naval Officer
In an official statement, the central government also noted that high speed internet will finally empower small business owners in the area, who will now be able to take advantage of e-commerce.

Prime Minister Modi also mentioned the speedy construction of the deep draft inner harbor and the proposal to construct Trans Shipment Port in Great Nicobar at an estimated cost of about $1.2 billion. Modi said this would enable big ships to anchor and would increase India’s share in maritime trade, along with new employment opportunities.

For the past few years, the Indian government has expedited the development of its strategy to enhance its ability to conduct surveillance of Chinese warships and submarines entering the India Ocean Region (IOR) through the nearby Malacca Straits — one of the busiest shipping lanes in the world.

PM Shri @narendramodi will dedicate his dream project 'The Submarine Optical Fiber Cable' In Andaman and Nicobar Islands to the nation on 10th August 2020.#AndamanNicobarWithPM pic.twitter.com/Y7kqGQIs77

​The Indian navy deploys warships, fighter jets and spy planes along critical sea lanes of communications and choke points including Strait of Malacca and claims that it has a dominant position in the region despite a strong Chinese naval buildup in recent years. S. Andaman Island is located around 200 km from the mouth of the Strait of Malacca — a vital geo-strategic point which connects the South China Sea to the Indian Ocean.

© REUTERS / Sanjeev Miglani
A general view of the runway controlled by the Indian military is pictured at Port Blair airport in Andaman and Nicobar Islands, India, July 4, 2015

The Indian Navy has so far commissioned several amphibious landing craft at tri-service command headquarters in Port Blair. It has also stationed long-range maritime reconnaissance aircraft Poseidon 8I planes at the naval base in Andaman. Soon, India's Defence Research and Development Organisation (DRDO) will also set up a long-range missile facility on South Andaman's Rutland Island.

Calling the project a “game changer” in the history of Andaman and Nicobar Islands, thrilled Indians have warmly welcomed the inauguration of the Submarine Optical Fibre Cable project. The hashtag -- #AndamanAndNicobarWithPM – is trending at the top spot in Twitter India.

Inauguration of OFC will ensure high speed broadband connectivity and open up all the doors to boost up the economy and will be a gamechanger for many sectors..!@narendramodi@rsprasad#AndamanNicobarWithPM #AndamanNicobarThanksModi pic.twitter.com/62VI1EsJ44

The whole Optical fibre cable project costing ₹1224 crores is completed in record time without a single bit of corruption. This showcases the transparency in the functioning of Narendra Modi ji's government.#AndamanNicobarWithPM #AndamanNicobarThanksModi

Small enterprises will benefit with the opportunities in e-commerce. This will be a result of the launch of OFC project by Prime Minister Modi ji.#AndamanNicobarWithPM #AndamanNicobarThanksModi

​The Indian government has been investing heavily in OFCs in a bid to provide high speed internet throughout the country.

India’s OFC market stood at $881.5 million in 2019 and is projected to grow at a compound annual growth rate (CAGR) of 19.7 percent to reach $2.1 billion by 2024, market analysis firm TechSci Research had recently reported.