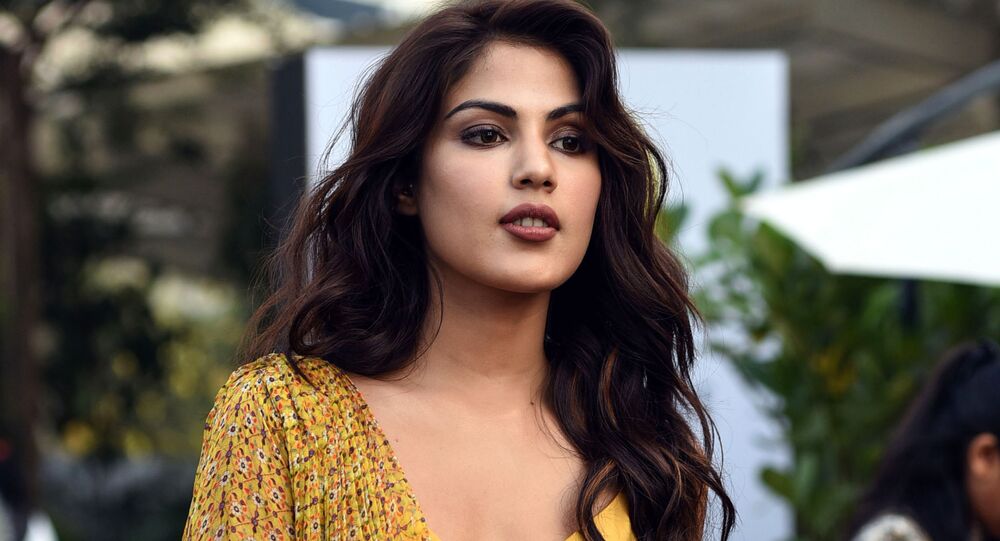 Earlier, Rhea had requested for her hearing to be put off citing an ongoing Supreme Court hearing on her petition, but her plea was rejected by the ED.

Dressed in a white-blue salwar kameez and with her head covered, the actress entered the ED office escorted by a male friend amid a swarm of camera people and reporters. She rushed into the building without making eye contact with anybody.

​Netizens are calling this a “good news”, because ED’s summons at least made Rhea come out of hiding for the first time in weeks. Some people are also forecasting jail time for the actress.

Grill her...she is a devil, not fit to be anyone better half..will speak out, keep her in tight custody n keep questioning her..she will come out with all secrets n crimes

Rhea will be taken into custody at next step.
She has hit a road block.
Beginning of her Jail days shortly.

Earlier last month, Sushant’s father, a resident of Bihar state, lodged a complaint against Rhea and six others including her family members under various laws, including abetment to suicide.

Following allegations of unexplained transfers of $2 million (INR 150 million) from Sushant’s bank account, a case of money laundering was registered against Rhea and several others by the ED.

A team of Bihar state police earlier reached Mumbai, where Sushant breathed his last on 14 June, to investigate the case. But Mumbai Police are being blamed by some members of the public for “protecting powerful culprits” behind Sushant’s demise who have thus far failed to cooperate with the Bihar Police team. This led Bihar State Chief Nitish Kumar to recommend that top probe agency CBI look into the matter.

The Solicitor General Tushar Mehta, a senior law officer of the central government, told the Supreme Court on Wednesday that the federal government has accepted Bihar State Chief's recommendation for a CBI probe into the case.

A lot of people have been relentlessly urging the federal government to hand over Sushant’s case to the CBI in  recent few weeks.

Sushant, a young engineer from Bihar's Patna city who had made it big in Bollywood without any apparent help from industry bigwigs, was found dead in his posh Mumbai residence. The potential cause of Sushant's "suicide by hanging", as alleged by Mumbai Police, is work-related depression. The actor's family, friends and fans, however, have refused to accept that depression was the cause behind the actor's death.