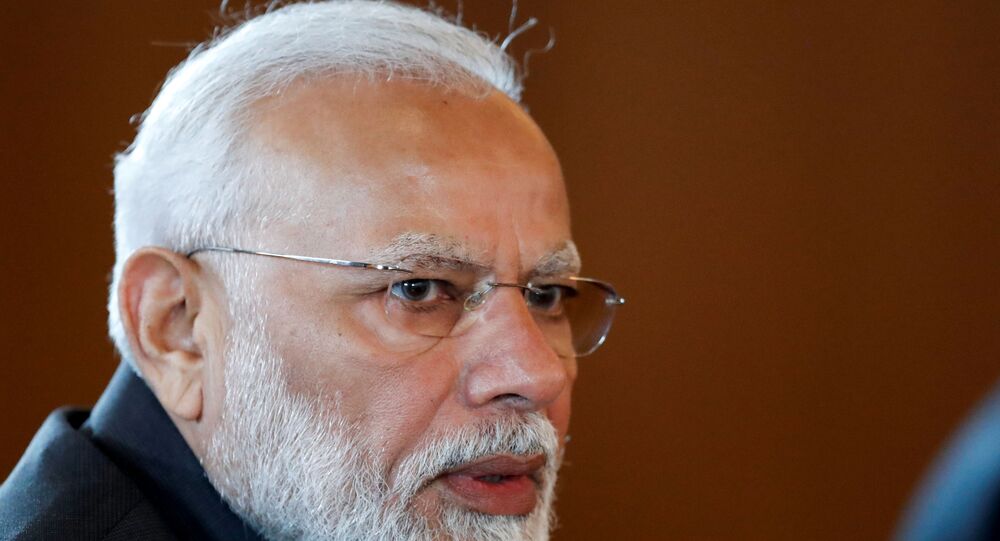 New Delhi (Sputnik): A spoof clip of US President Donald Trump has gone viral on social media in which the video editor put a twist on a recent interview given by POTUS.

Congress party politician Shashi Tharoor made a jab at Prime Minister Narendra Modi for not holding "real interviews" by sharing a spoof video of US President Donald Trump, wherein POTUS can be seen interviewing himself.

Tharoor, also a former diplomat, wondered in his post as to why a similar video can't be made of Gujarat Chief Narendra Modi interviewing Prime Minister Modi.

Answering the question himself, the Congress politician said, "The challenge, I suppose, is that even if you were trying to edit previous videos, you won’t be able to do this for our PM. You'd need REAL INTERVIEWS for that, & he doesn't do any".

Now why can't an enterprising desi do one of CM Narendra Modi interviewing PM Narendra Modi? The challenge, I suppose, is that even if you were trying to edit previous videos, you won’t be able to do this for our PM. You'd need REAL INTERVIEWS for that, & he doesn't do any. https://t.co/5h4FuE1Jnm

​Before becoming prime minister in 2014, Narendra Modi was the head of Gujarat for four consecutive terms, which also included the period when the 2002 communal riots took place in the western Indian state.

Currently, Modi is often criticised by the opposition for not having held a single press conference after assuming the prime ministership. However, Modi did address a press conference in 2019, but was criticised for directing all questions to then-BJP chief Amit Shah.

Meanwhile, Trump's spoof video, originally part of an interview with the US president that recently appeared on HBO, went viral on social media on Wednesday. The interview created a stir over Trump's statement that the COVID-19 situation in US was under control.