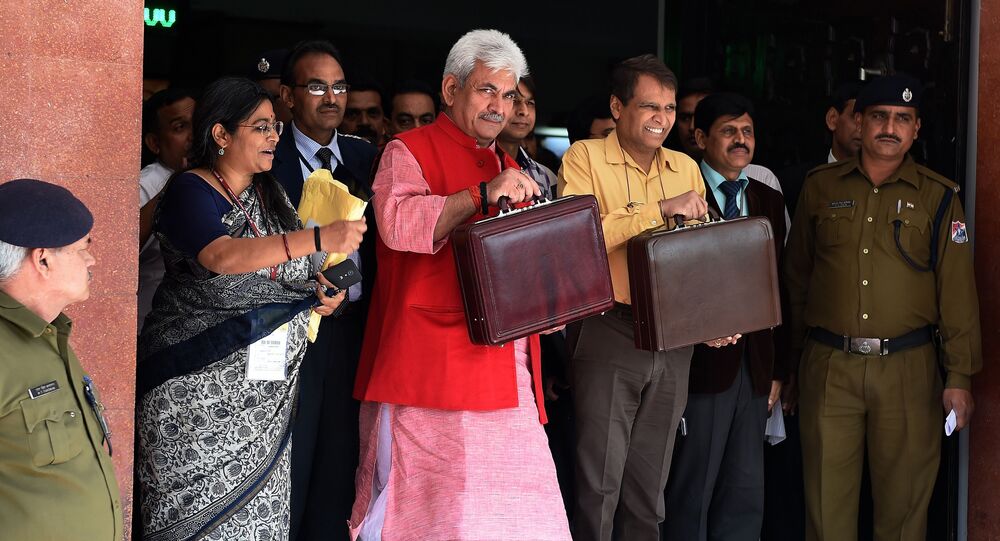 New Delhi (Sputnik): Jammu and Kashmir Governor Gireesh Chandra Murmu tendered his resignation late on 5 August, the first anniversary of the abrogation of the state's special status. Reports suggest Murmu's comments on the security situation in the valley were the reason for his exit.

In a sudden development, the Narendra Modi government has appointed former union minister and three-time member of parliament from the ruling Bharatiya Janata Party (BJP) Manoj Sinha as the new Lieutenant Governor of Jammu and Kashmir. In the current administrative format, the Lieutenant Governor acts as the head of the state.

Sinha, who began his political career in 1982, has remained active throughout the years and enjoys the trust of the top leadership in New Delhi.

He was elected to the lower house of Parliament three times and later served as Minister of State for Railways. He was also in charge of the Ministry of Communication during Narendra Modi's first term.

Sources in Kashmir say that former Jammu and Kashmir Governor Gireesh Chandra Murmu was unable to fill the political vacuum created by the abrogation of Article 370, the semi-autonomous status of the state, and to reach out to the people of Jammu and Kashmir in a more social manner.

The main reason for his exit is cited to be his recent comment on the restoration of 4G internet services in Jammu and Kashmir, as per the sources, a move that has remained a matter of concern for the Home Ministry. In a recent interview, Murmu said he is "not afraid how the people of Kashmir will use" the internet.

While Murmu has been promised a new role as Comptroller and Auditor General (CAG), the sources claim his dismissal also came over worries in New Delhi due to the dysfunction in Jammu and Kashmir.

In the coming days, more changes can be expected in the Jammu and Kashmir government as Sinha assumes charge as governor, said sources, adding, that a visit to Srinagar by Prime Minister Narendra Modi may also be in the cards.

State Election on the Card?

The Indian government has released two former state chiefs, Omar Abdullah and Farooq Abdullah, from detention in recent days. However, Mehbooba Mufti, former chief of the state, will remain in detention for another three months as per an order issued by the state administration last week. Around 500 politicians and activists still remain in custody in several places a year after the government decided to revoke temporary special status of the state.

The political leaders of the state have been demanding immediate elections to restore normalcy in the state. The controversy erupted after ex-Lt Governor GC Murmu had emphasised that the president's governance in Jammu and Kashmir cannot be in place indefinitely and that "elections would not be very far" off. The Election Commission of India had taken "exception" to Murmu's comments and said all decisions on the conduct and timing of elections are its "sole remit".

Nevertheless, most of the political leaders in the state have been asking the Modi government for full restoration of statehood before conducting elections. Last week, Omar Abdullah said: "It is not a threat or blackmail, it's not a display of me sulking. It's just a simple acknowledgement that I won't fight an election to lead the Union Territory assembly which is such a disempowered assembly".

The appointment of Manoj Sinha, who played strict administrator role as cabinet minister, may fill the political vacuum created in the presence of a heavy-handed bureaucratic administration deployed to control the law and order situation in the aftermath of 5 August 2019.

39 Injured in Grenade Blast at Kashmir Rally in Pakistan's Karachi