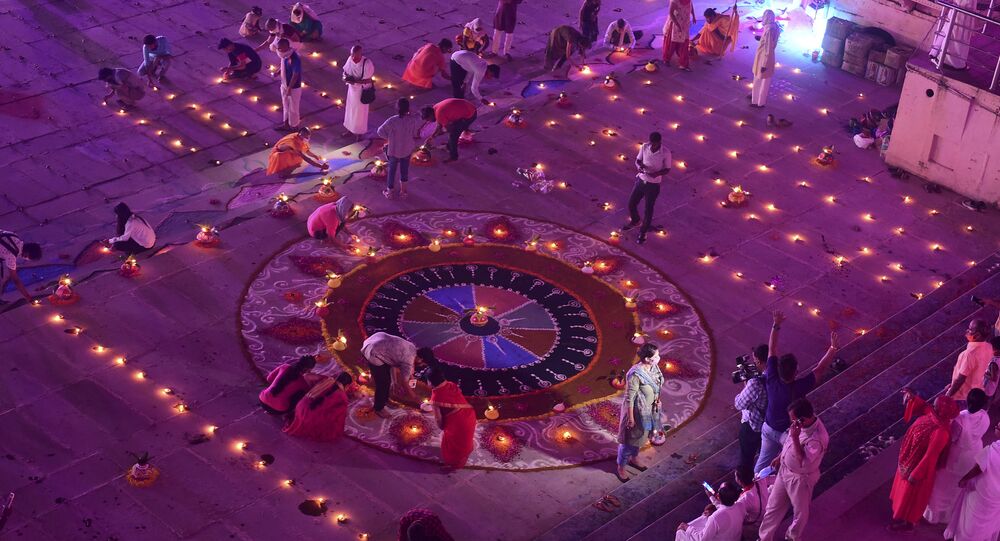 New Delhi (Spuntik): In a grand event, Indian Prime Minster Narendra Modi laid the foundation stone for the Ram Temple in Ayodhya, Uttar Pradesh on Wednesday. The much-awaited day was observed and celebrated by many people across India.

Several people are reported to be injured after communal clashes Assam's Sonitpur district on Wednesday, when a Hindu activist group "Bajrang Dal" carried out a bike rally to celebrate the foundation-laying ceremony of the Ram Temple.

The affected district and nearby areas have been put on an indefinite curfew.

A senior police official revealed that clashes occured when locals objected to the bike rally being held during a pandemic and also to the chanting of slogans and playing loud music. This led to an arguments that escalated into ugly clashes.

Sonitpur District Deputy Commissioner Manvendra Pratap Singh told the media that the police reached the spot and had to resort to a baton charge and firing into the air to control the situation.

Highlighting that after people were injured and bikes and other vehicles were burnt, the administration decided to impose the cufew, citing a "grave law and order situation".

"... I am of the opinion that there exists a grave law and order situation due to present scenario in the village of Goruduba and Bharahingori of Paschim Boragaon GP under the Thelamara Police station Area ...whereas the groups are trying to indulge in violence in the name of protest and in view of the present events, there is an apprehension of grave risks and danger to human life and properties if persons are allowed to move freely", the order stated.

The grand Ram Temple ceremony took place in Ayodhya on 5 August after the Supreme Court of India delivered a landmark verdict resolving the decades-old Ram Mandir-Babri Mosque territorial dispute between Hindus and Muslims. The court ordered the construction of a temple at the site in Ayodhya and asked to allocate an alternate piece of land to Muslims to build a mosque.