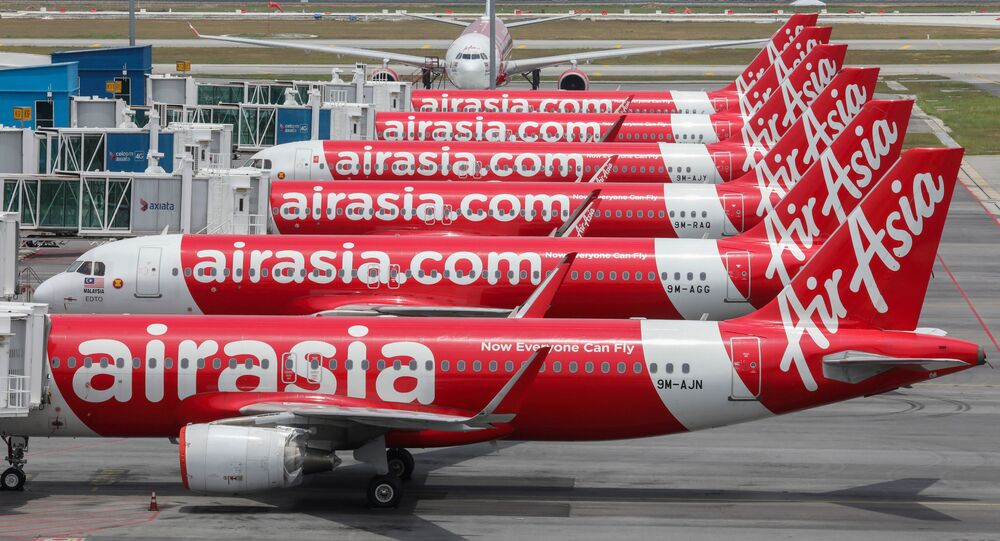 New Delhi (Sputnik): AirAsia India came under scrutiny last month for safety lapses alleged by a pilot who is also a famous YouTuber with millions of followers. Soon after the pilot claimed he was suspended for raising safety standard issues within the airline, India's aviation regulator issued a show-cause notice to the airline.

Days after the airline AirAsia India introduced its website's virtual assistant "Ava" on WhatsApp, not only have Twitter users started flooding it with questions on safety lapses, but they have also shared screenshots of the replies on Twitter.

YouTuber and pilot Gaurav Taneja, famously known for his YouTube channel "Flying Beast", triggered a wave of queries with his post on AirAsia's advertisement about the WhatsApp chatbot.

Will she answer my questions on Flight safety ?? #AirAsiaIsUnsafe https://t.co/I4UhNE6BXZ

​While some made jabs at the airline by stating that they need human intelligence to answer these queries, others simply mocked it for "not understanding the questions".

Gaurav Bhaiya,
i asked her🤦‍♂️ She is also not able to answer your questions pic.twitter.com/MMmhrGip2n

​Others shared memes about the chatbot that mocked its auto-generated replies.

When gaurav bhai questions to @AirAsiaIndian their reaction be like :👇 😇 pic.twitter.com/ZEMr88Y0iV

Taneja claimed he was suspended by the airline for standing up for safe operations.

India's aviation regulator the Directorate General of Civil Aviation (DGCA) issued a show-cause notice to the airline, stating that it has taken note of the concerns raised.

In response, the airline assured full cooperation with the watchdog's fact-finding process.

In a recent development, the pilot revealed the aviation regulator's response to a Right to Information (RTI) report filed by one of his fans.

RTI is an Indian policy to uphold a citizen's right to public information.

Citing the regulator's reply, the YouTuber-pilot said, "the DGCA carried out unplanned audit into the matter. The audit identified few systemic deficiencies and the show-cause notice was issued to the concerned head of the department".