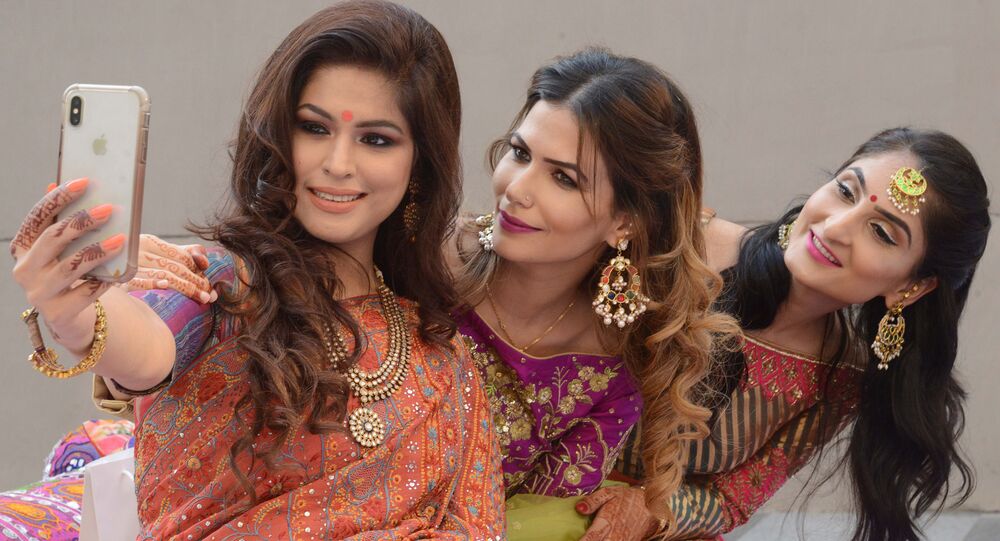 India Worships Women, But Much Work Needs to Be Done for Gender Equality, Activists Explain

New Delhi (Sputnik): Rich in heritage and culture, Indian society is often called out for covering up the plight of its women. Society in India, largely known for its inclination towards patriarchy, is still finding ways to acknowledge and celebrate the achievements of women in more inclusive ways.

At the beginning of August, female figures began lighting up traffic signals and road signs in some areas of the Indian financial capital Mumbai.

Aditya Thackeray, a young cabinet minister in the Maharashtra government, shared images of the new traffic light figures on Twitter, calling it a thoughtful way of showing “gender equality” with a simple idea.

The gesture evidently received a warm response on Twitter, with netizens calling it “thoughtful” and “pride-worthy”. However, it failed to appeal as a move towards “gender equality”, as per India’s women's rights activists, who called the step “good, but ornamental”.

The activists told Sputnik that in a country that worships women as goddesses, the social stigma around the fairer sex has left the attainment of gender equality far off at the horizon.

If you’ve passed by Dadar, you’d see something that will make you feel proud. @mybmcWardGN is ensuring gender equality with a simple idea- the signals now have women too! pic.twitter.com/8X0vJR8hvQ

​“This initiative could maybe help instil a sense of belonging and inclusion for women. However, much work needs to be done when it comes to gender equality in India and especially starting from grassroots levels”, said Aishwarya Sharma, a 24-year-old social activist who recently partnered with the United Nations (UN) to engage the world in the Global Goals for sustainable development. Gender equality is one of the goals listed by the UN.

"Laws need to be revised, including one crime, one punishment and other strict rules should be brought in action to safeguard the women of this country", she added.

Sharma also noted the gesture in Mumbai can be made a part of the new normal in India – that not only identifies the male and female genders equally, but also acknowledges the presence and achievements of members from the transgender and queer communities.

“Not only for women, but the government should also come up with initiatives like these for the LGBTQ+ community. Making signs inclusive has nevertheless been a global phenomenon, with several countries such as Germany and London adopting gender-inclusive signage and traffic signals recently”, Sharma said.

"It’s a forward step, maybe too forward for a country like India where the basic infrastructure for safety of women is in shackles", she added.

Indian women’s struggle with domestic violence and rape has witnessed a spike in recent years.

According to statistics available in the public domain, about 70 percent of women are victims of domestic violence. Earlier, in January, government data revealed that a rape is reported every 15 minutes in India.

Analysts believe that while including female figures in traffic lights and road signage is alright, there are real issues affecting women’s rights and well-being in the country that need urgent attention.

“These ornamental changes are alright, but equality needs to step into Indian Assemblies where women have the power to bring about real changes. Equality needs to be part of India’s education system as well as employment system”, renowned Indian social activist Ranjana Kumari, the director of the Centre for Social Research in India, who was included in Apolitical’s list of 100 Most Influential People in Gender Policy in 2019, told Sputnik.

According to Kumari, who is also part of Facebook’s global Safety Advisory Board and Twitter’s Trust and Safety Council, issues like domestic violence need to be tackled strictly with effective measures before Indians interpret adding women figures to traffic lights as an applause-worthy move towards gender equality.

“If we compare the current status of women equality in India from 2010, yes, there has been progress. We have special laws made to protect the rights and interests of women. But in recent times, cases of domestic violence against women have shot up. That is something serious that needs to be tended to and acted upon very quickly”, she said.

The Constitution of India gives every person the right to equality before the law irrespective of his or her gender. It also gives females the right to challenge vices like domestic violence and workplace harassment.

India is taking steps to ensure the safety and well-being of women in its male-dominated society. Special helpline numbers have been dedicated to women in distress by the government.

At the state level also, Indian regions are incorporating measures to protect women in their areas.